From Typist and Secretary to Kingmaker in Zimbabwe Politics 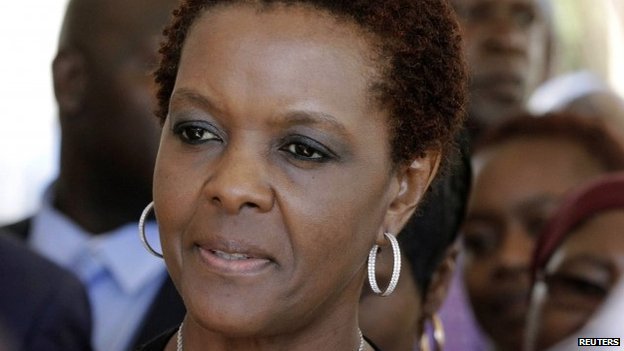 President Robert Mugabe began wooing Grace Marufu over tea and scones while the young typist was working in state house.

“He came to me and started asking about my family,” she said in a rare interview about their first encounter in the late 1980s.

“I looked at him as a father figure. I did not think he would at all look at me and say: ‘I like that girl.’ I least expected that.”

“She hates corruption – she will be a good leader”

A divorcee with a son, she says she was initially hesitant about such a relationship. Mr Mugabe is more than 40 years her senior and his first wife Sally, a Ghanaian who was much loved in Zimbabwe, was terminally ill at the time.

But insiders say that during office tea breaks Mr Mugabe continued to work his charm.

Mr Mugabe has said Sally did give her consent to the union before she died in 1992 – though they did not marry until four years later.

Together the first couple have three children, the last born in 1997. 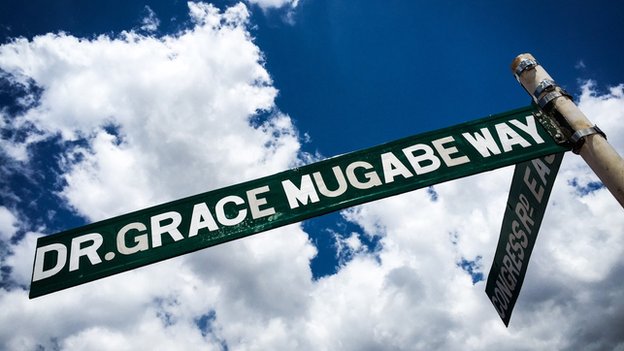 Grace Mugabe has since grown into a powerful businesswoman and sees herself as a philanthropist, founding an orphanage on a farm just outside the capital, Harare, with the help of Chinese funding.

But a new road sign reading “Dr Grace Mugabe Way” – put up near the dusty piece of land near the Zanu-PF headquarters as delegates gathered for the party congress – shows how her ambitions have broadened in the last year.

The 49-year-old is believed to have earned her sociology PhD in two months from the University of Zimbabwe. Her thesis is reportedly about orphanages but has not been filed in the university library.

However, the doctorate gives the first lady gravitas – and within weeks of being capped, campaign material with her new title appeared at rallies around the country as she prepared to take over the leadership of the Zanu-PF women’s wing after being nominated for the role in August.

It is fair to say Mrs Mugabe evokes strong emotions – her fans applaud her style and forthright nature, her detractors have nicknamed her “Gucci Grace” and “DisGrace” because of her alleged appetite for extravagant shopping.

Her entry into the president’s life did seem to change his ideological outlook – he had always been a Marxist with a Pan-Africanist inclination.

Fay Chung, Mr Mugabe’s former education minister, says he was not materialistic and lacked a proper understanding of budgeting. 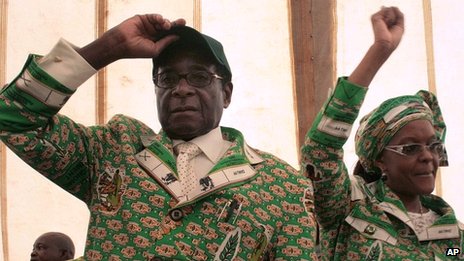 In the mid-1980s, Zanu-PF gave Mr Mugabe a big piece of land in the upmarket Harare suburb of Borrowdale to build a home on.

But it lay undeveloped for a decade-and-a-half until Grace Mugabe became involved.

Now the first family have vast properties, businesses and farms dotted around the country, mainly in the rich western and northern Mashonaland provinces.

She is known to be tough – at one time kicking some farm workers and their families off land – but she is usually modest and reserved in interviews.

Her political rallies during her “meet the nation” tour have shown a new surprising side to the first lady – her sharp tongue. 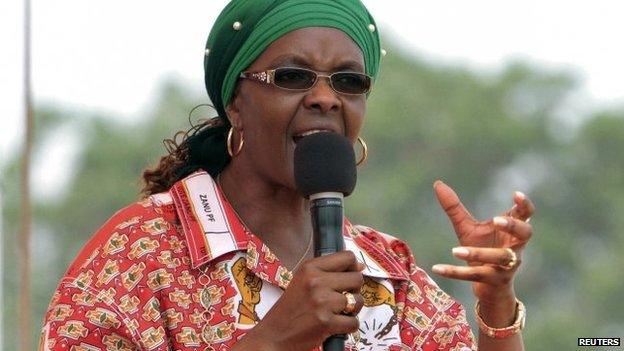 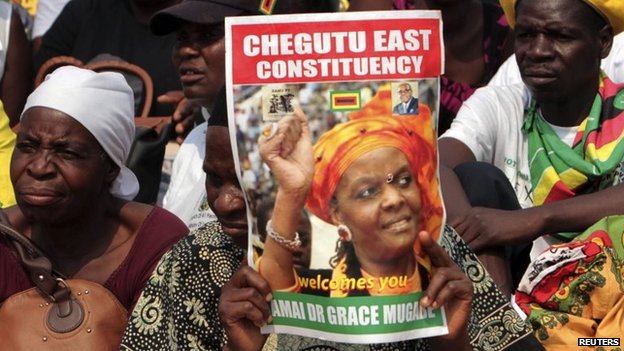 She toured all of Zimbabwe’s 10 provinces holding rallies

As she took to the podium in each of the country’s 10 provinces, she was unrelenting, using chilling words, in Shona and English, to pick on her opponents.

“‘Stop it. Ndakakumaka rough (I don’t like you and I’m watching you),” she warned.

She also lashed out at the late Heidi Holland, the Zimbabwean-born author of Dinner with Mugabe, saying she had died because she had been cursed for writing lies about her husband.

For Zimbabweans, it was like a soap opera – she washed the ruling party’s dirty linen in public, calling on those she picked on to resign or apologise.

Her main target was Vice-President Joice Mujuru, and politicians linked to the independence fighter suddenly woke up to allegations of assassination plots. She said some of them had spent time plotting to oust her husband.

When Mrs Mugabe returned home from a trip to the Vatican in October, walking behind her husband, she openly refused to shake Mrs Mujuru’s hand.

At rallies she explained her behaviour, saying the vice-president should be sacked from government because she was “corrupt, an extortionist, incompetent, a gossiper, a liar and ungrateful”. 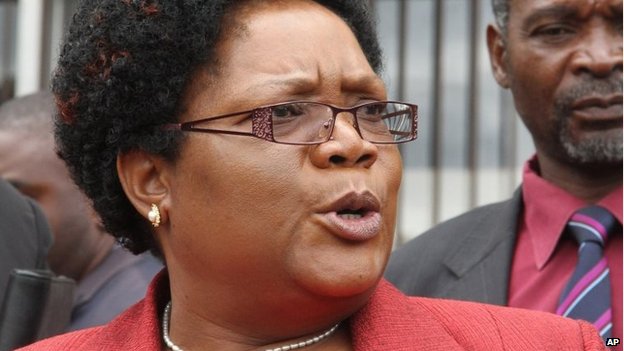 Her tirade continued. Mrs Mujuru was “power-hungry, daft, foolish, divisive and a disgrace”, she said, accusing her of collaborating with opposition forces and white people to undermine the country’s post-independence gains.

Party youths have warned that they do not want to see Mrs Mujuru at the Zanu-PF congress – she has already been barred from serving on its powerful central committee because of the allegations, which she denies.

Charity Manyeruke, a pro-Zanu PF political analyst, says Mrs Mugabe’s approach is a “refreshing departure from the culture of not being very open about issues of serious concern”.

Kudzanai Chipanga, Zanu-PF youth chairperson, agrees: “She hates corruption – she will be a good leader.”

But for senior party leaders, like veteran Cephas Msipa, the attacks on Mrs Mujuru and others are “unAfrican” and they fear they could “split the party”.

The first lady has had praise for some, saying Justice Minister Emmerson Mnangagwa, who like Mrs Mujuru has been seen as a successor to Mr Mugabe, is “loyal and disciplined”. 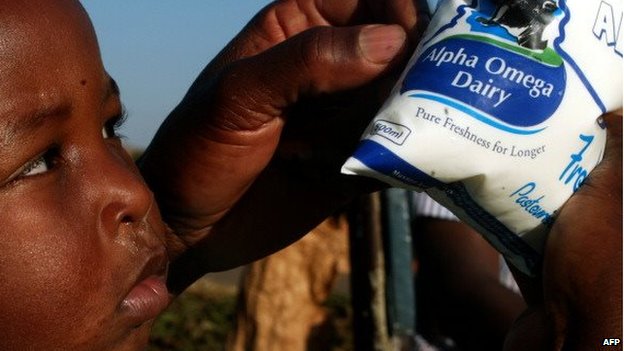 And she has not denied the speculation that she may one day wish to replace her 90-year-old husband herself.

“They say I want to be president. Why not? Am I not a Zimbabwean?” she remarked at one rally.

Marcellina Chikasha, leader of the small new African Democratic Party (ADP), says Mrs Mugabe’s “phenomenal rise to power” has astounded many who consider themselves her “intellectual and political superior”.

“Call her shrewd, power hungry or plain old ‘being in the right place at the right time’ – this typist has become a kingmaker in Zimbabwe’s succession politics,” she says.

“She is tenacious and determined; she is naive and unpolished; she is feared and has been known always to get what she wants.”