3 Poachers Eaten by Lions in #SouthAfrica

Three poachers are known to have entered the Sibuya Game Reserve, owner says 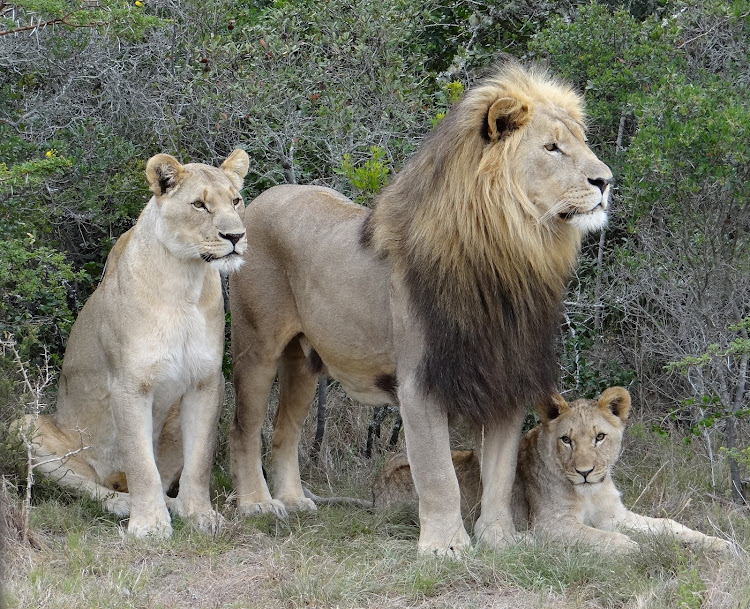 At least two alleged poachers, maybe even three, were killed by a pride of lions on the Sibuya Game Reserve outside Kenton-on-Sea this week.

This was revealed by reserve owner Nick Fox following the discovery of human remains in the lion camp on the reserve earlier this week.

A hunting rifle with a silencer attached and a long axe and wire cutters were recovered at the scene by police.

What we did see is the rifle on the ground as well as food, mainly bread, scattered everywhere. Human remains were also clearly visible.

Fox said he suspected more than one person was attacked by the lions – based on the evidence found on the scene.

“Judging from the shoes and items found on the scene, I suspect it is about two or maybe three (alleged poachers) who were killed. The remains were scattered over a very wide area making it difficult to comb the scene and get all the evidence,” he said.

Fox added that he suspected alleged poachers had entered the reserve on Sunday night or early Monday morning.

Fox said the discovery was made after the Anti-Poaching Unit Dog started barking while on patrol.

“The dogs’ reaction was then followed by a commotion coming from the pride of lions. On Tuesday afternoon we were then alerted to a skull that was seen near the lions,” he said.

“I went to investigate together with the anti-poaching unit. Because it was too dangerous to get out of the car, we could not examine the scene as the lions were close-by. What we did see is the rifle on the ground as well as food, mainly bread, scattered everywhere. Human remains were also clearly visible.”

Fox said police were alerted but, due to bad lighting and the lions being active, a decision was made to dart and tranquilise the lions on Wednesday morning.

“It was a pride of six lions that we darted in order to give police time to comb the scene. The evidence was covered over a very wide area and obviously, due to the tranquiliser only lasting a certain period, we had limited time.”

Fox said that the rifle, fitted with a silencer, as well as an axe was found on the scene.

“They were obviously poachers. The axe that was found on the scene is what is used to by these poachers to hack off the horn after they kill the animal. Judging by the number of shoes and evidence on the scene, I estimate at least two or maybe three were killed.”

Asked if he was happy that the rhinos were safe, Fox said that he was extremely happy.

“It is huge relief that they did not get to the rhino. We had a poaching around this exact same time two years ago,” he said.

Police spokesperson Captain Mali Govender said that investigators and specialists combed the scene and managed to retrieve remains which were taken by the department of health for forensic testing Wednesday morning.

“The firearm has been taken by police and will be sent to the ballistics laboratory to establish if it has been used in any other poaching or crimes.”

In June 2016, two white rhinos were killed and a third died later from injuries sustained in the poaching incident.

This year alone, nine rhinos – all shot with a high-calibre hunting rifle – were killed by poachers on Eastern Cape reserves.Last week, Bella, a rhino at the Kragga Kamma Game Park, was killed just a week after she was dehorned.

The Sibuya reserve is situated fairly close to Port Alfred, where three rhinos were killed in May.