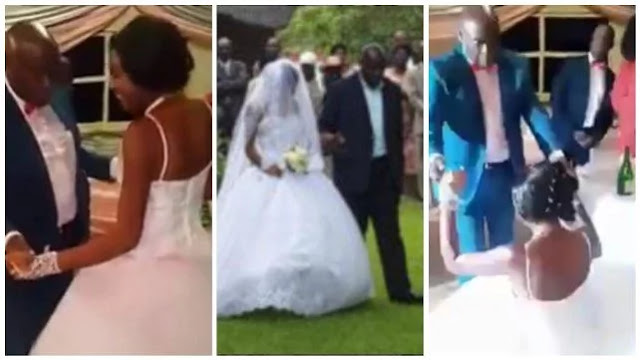 A video clip showing a Zimbabwean minister, 70, dancing after he married his 23-year-old lover has gone viral on social media.

According to New Zimbabwe, the Matebeleland North Provincial Governor, Cain Mathema wedded his youthful wife Bathabetsoe Nare at a colourful wedding in Bulawayo.

Nare, a former Midlands State University student graduated in November this year. Mathema could be seen in the video dancing in a jovial mood with his wife.

Mathema reportedly left his first wife for a house helper, whom he married customarily in 2009. The maid was only 20-years-old at the time. He later left her for Nare after her met her while she was on attachment at a government complex in Bulawayo in 2014.

Zimbabwe: Coronavirus and Water Shortage – a Crisis Within a Crisis

For Chido Musanhi, a Harare resident, water shortages have brought a life changing experience as …