Can #Zimbabwe Rise From Mugabe’s Ruins? 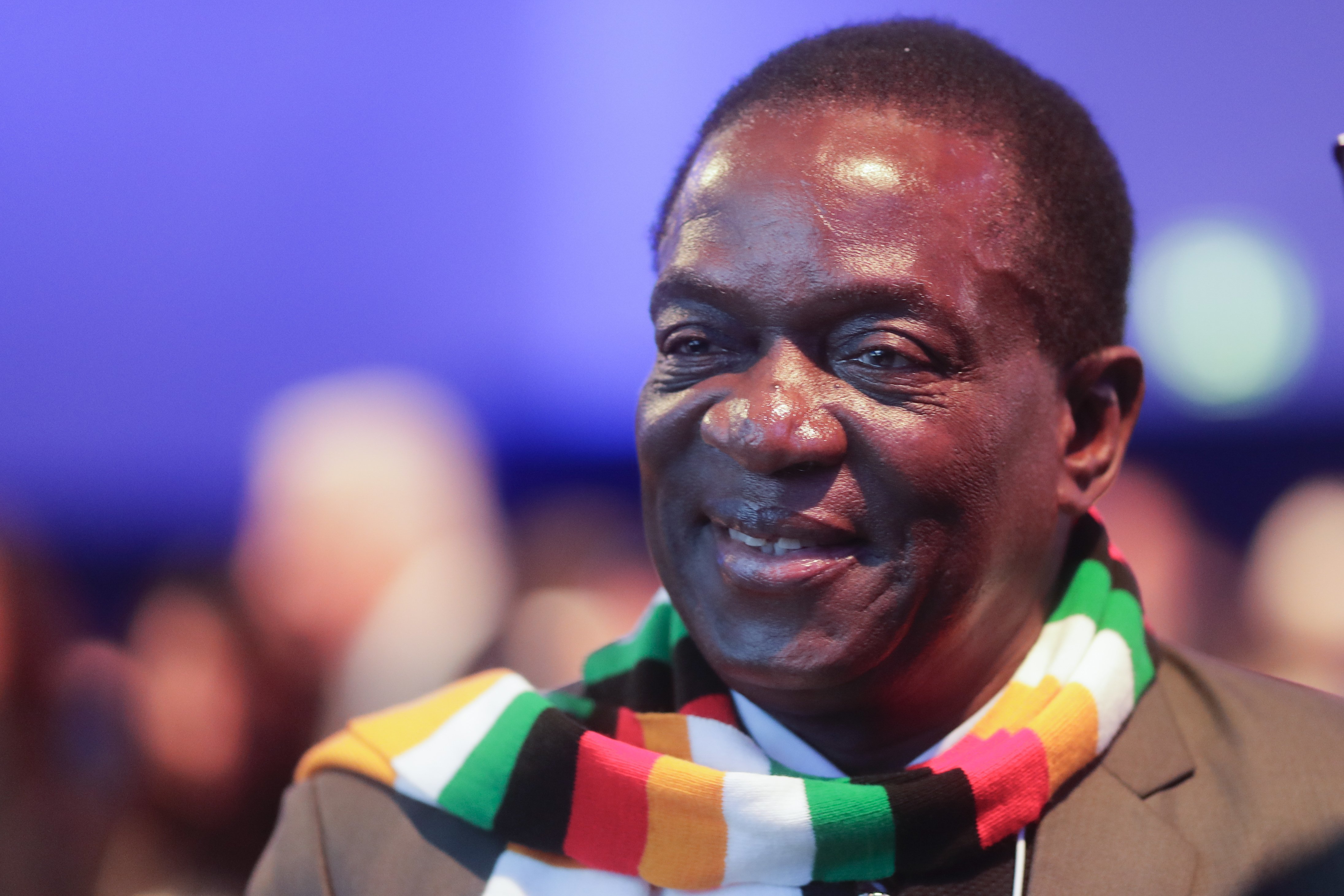 Zimbabwe, once the jewel of Africa, may be regaining some of its luster. Though it’s easy to be cynical about regime change in Africa, President Emmerson Mnangagwa, sworn in Nov. 24, appears to mean business.

It’s been a long time coming. For decades Zimbabwe’s people suffered through miserable privation. Former President Robert Mugabe, who ruled from 1980 until he was deposed last year, treated the country’s assets like he was at an all-you-can-eat buffet. Particularly after 2000, as he worked to retain power, government kleptocrats carved up one industry after another.

The government seized roughly 4,000 large commercial farms, mostly owned by whites, causing $5.3 billion of wealth to evaporate. Some farms were given to political cronies who knew little about agriculture and, rather than work the land, sold the equipment and irrigation pipes for scrap. Ripple effects spread, hitting auxiliary ag businesses and bank activity, along with tax revenue.

A 2008 “indigenization” law required all foreign-owned companies to sell at least 51% of their shares to native Zimbabweans, creating great uncertainty for foreign investors. The government dramatically raised mining fees. The cost to register a new platinum mine soared from $300 (in U.S. dollars) to $2.5 million in 2012.

All this economic mismanagement created a budget hole, which the government tried to fill by printing money. Hyperinflation peaked at 90 sextillion percent a year, according to economist Steve Hanke. Zimbabwe’s reserve notes—including a Z$100 trillion bill—were soon selling on eBay as gag gifts. The government adopted the U.S. dollar in 2009, but that alone could hardly lure back business investment.

Now Zimbabwe seems poised to move in a different direction. One indication is the 2018 national budget statement, presented to Parliament Dec. 7 by P.A. Chinamasa, the minister of finance and economic development. In sharp and precise language, it outlines a plan to eliminate government bloat, cut taxes and fees, and move toward a freer economy.

The document says all vacant government posts will be frozen, staff who are older than 65 will be pushed to retire, and the number of ministries will be cut from 27 to 21. It pledges that state enterprises will be reformed, privatized or closed, and transparent accounting procedures imposed. Farmers on government land with uncertain property rights are to be issued 99-year leases to assure them of continued occupancy.

Mr. Mnangagwa also appears serious about the rule of law. Last month, in a stunning reversal of Mr. Mugabe’s land reform, the government ordered that Robert Smart, a white tobacco farmer who had been evicted at gunpoint in June, be given his property back. “Smart and others were victims of racial discrimination, greed and abuse of power,” a presidential adviser told South Africa’s News24. “Their farms were acquired outside the parameters of the law.” Squatters without proof of ownership have been warned to vacate.

The new government intends to amend the “indigenization” law to confine the 51% local ownership requirement to businesses extracting diamonds and platinum. Hopes are high for increased tourism, with upgrades planned for facilities at World Heritage sites such as Victoria Falls, as well as the international airport.

This is all good news, but let me humbly suggest to Mr. Mnangagwa three additional steps:

First, fix the broken traffic signals and streetlights across the capital city of Harare, and repaint the faded lane markers. This may seem small, but it will rebuild trust in rule of law, like when New York City cleaned graffiti off its subway cars in the crime-ridden 1980s. A daily reminder that rules matter can help change the ethos of a city.

Second, invite a delegation from business-friendly Rwanda to explain the secrets of its success. Since the genocide in 1994, Rwanda has made an astonishing economic turnaround. Starting a business there now takes only four days, according to the World Bank, compared with 61 days in Zimbabwe. Statistics from Rwanda’s government show thatforeign direct investment steadily rose, from $67 million in 2008 to $380 million in 2015. If Rwanda can do it, surely so can Zimbabwe.

Third, work on transforming the 99-year leases for government farmland into freehold titles, to be held in perpetuity by all farmers, black and white. Invite those who lost their land under Mr. Mugabe to come back and share in Zimbabwe’s economic progress. Work on a scheme to compensate them that shows a long-term commitment to property rights, which are the bedrock of all economic development.

Zimbabwe appears to be turning a corner, but it will take time. Let’s hope Mr. Mnangagwa’s government stays on the right track.

Mr. Richardson, a professor of economics at Winston-Salem State University in North Carolina, is author of “The Collapse of Zimbabwe in the Wake of 2000-2004 Land Reforms” ( Mellen Press, 2004).