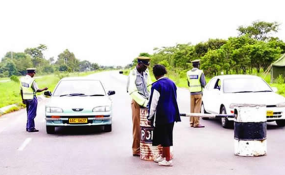 In 2015, Government imposed a 15 percent tax on hotel accommodation for foreign tourists.

ZCT president Tich Hwingwiri told media that the 15 percent Value Added Tax (VAT) on hotel accommodation is also a hindrance to expansion of the tourism sector. “This VAT has made us a more expensive destination, and when we recognise that we are in competition for tourists and their money with every single destination in the world we must see and recognise that any move that makes us less competitive is retrogressive and harmful,” he said.

Mr Hwingwiri said government should consider reducing or scrapping the VAT. “We continue to lobby around this issue, trying to draw attention to the fact that short- term benefits in the area of earnings to the fiscus from such VAT are outweighed enormously by longer- term effects on our attractiveness and on the viability of travel and tourism operators, many of whom have been expected to absorb the VAT that could not be passed on, for example, to travellers who have long since gone and paid up,” he said.

Mr Hwingwiri said cash shortages were also stifling growth in the industry. “The cash shortage of the past year has also been a debilitating factor and there are reports of many travellers not coming to this destination on the back of reports of lack of cash from banks and ATMs. “The issue of availability of cash has affected us as a sector . . . It is a matter that must be resolved as soon as possible,” he said.

On roadblocks, Mr Hwingwiri said they were “too many”. “There are too many roadblocks on our country’s roads and this is particularly not good for the hospitality and tourism industry,” he said

Government is looking to boost tourist arrivals to five million by the year 2020. New Ziana