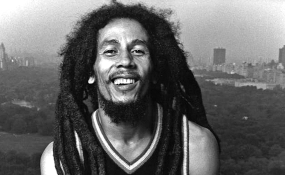 Transit Crew lead singer J Farai was in near-fist-fight with the group’s manager Fred Zindi on Bob Marley commemorations held on Friday at the New Ambassador Hotel, after the latter failed to satisfactorily explain the duration of the group’s performance.

This did not go well with Zindi who started shouting at Farai forcing him to go back on stage. The two exchanged words and were almost in a near-fist-fight before some onlooker’s restrained them. After the incident, Farai walked out in protest saying he would not tolerate the professor’s leadership style.

Efforts to get Farai were fruitless as his mobile phone was switched off.

The music professor said they kept on arguing, forcing him to shout at the singer. “I shouted at him because he was stressing me. I shouted at him and he walked away. I am not aware of any issues at the band but he is becoming big headed,” he said.

Zindi said when he asked the band to go back on stage they complied except the lead singer.

A local group, Cello Culture came to the rescue of Transit Crew, which left the stage after playing for more than the scheduled time.

Sources in the band said they were not pleased with Zindi’s management style and his monopoly over the band. “Professor is everywhere in the band which is not going well with the band members. Like on Friday he was at the gate with his wife collecting cash, he was the MC and he also played the guitar at the event,” he said.

The source said that did not go well with Farai who questioned why the group had performed for more than the anticipated hours. “Apart from his management roles, Farai questioned why they had played for long time yet there were other groups coming to perform. That led to their clash,” he said.