Exclusive: Who is Frank Buyanga?

HE HAS gained notoriety in Zimbabwe as a ruthless “loan shark” whose debt collection methods would make the Gestapo envious.

But residents of these upmarket apartments in Sandton, Johannesburg, are getting used to the lawless ways of their new neighbour, Frank Tawanda Buyanga.

When the electric gate to the apartments unexpectedly closed as he was driving in last week, and left a dent on his £300,000 soft-top Rolls-Royce, he parked his expensive motor in the gateway – blocking all traffic.

He only moved the Rolls after three hours when a property manager for the Michelangelo Towers, built at a cost of US$110 million in 2005, arrived at the scene and made an undertaking to engage their insurance for compensation.

Buyanga, who owns a R3,2 million one bedroom pad at the Towers, has an allocation of two parking spaces like the rest of the residents – but he normally has SEVEN Zimbabwe-registered cars from his expensive collection including an Aston Martin DB9, a Range Rover, two Lamborghinis, a Bentley Continental, a Mercedes 4×4 and a Rolls Royce competing for space in the basement.

A neighbour fed up with the 32-year-old’s ways said: “He thinks he is the only important resident, so he parks at the main entrance as well.

“He has no qualms with blocking other people and taking their parking spaces, as far as he’s concerned the world is the Wild Wild West and he is the baddest gun slinger of them all.”

Another neighbour added: “He calls himself a pastor but he and his friends are seen with different women all the time. One of his girlfriends now drives around in his Aston Martin.

“How is it that amidst the sea of poverty in Zimbabwe someone can own a property in Michelangelo Towers and crowd the basement with supercars?”

Buyanga is a sidekick of the controversial British property tycoon Nicholas van Hoogstraten, and is wanted by police in Hertfordshire, United Kingdom, for failing to turn up in court on a charge of conspiracy to defraud.

He fled the UK for Zimbabwe where, with Hoogstraten’s help, he set up Hamilton Finance – which quickly attracted the attentions of the police after he seized over 500 stands and houses from people who defaulted on loans extended to them at extortionate interest rates.

Because he is wanted on fraud charges in the UK, Buyanga appeared to have misled the regulatory authorities in Zimbabwe about his background which should have precluded him from being a director of a financial services company.

He later stood down as director, but remains the force behind the company and one of the leading three so-called “loan sharks” along with Hoogstraten and another controversial businessman, Jayesh Shah.

prominent member of the ZAOGA Church, Buyanga has been spending a lot of time in Johannesburg where he frequents the 8 @ the Towers Restaurant in the lobby of the Michelangelo Towers.

He recently splashed on a pad at the neo-classical 35-storey high-rise Towers which stand 146m above street level — the tallest building on the Sandton skyline and the sixth tallest building in Johannesburg.

The Zimbabwe Independent newspaper reported in January that Buyanga had “links” with South African President Jacob Zuma and controversial African National Congress (ANC) bigwig, Fana Hlongwane, who has been subject of a police probe over allegations of arms dealing.

Buyanga, the paper reported, was part of Zuma’s entourage when the president toured Russia and China last year. He has been using these political links to spread his tentacles into South Africa on top of other opaque schemes he runs in Zambia and Malawi.

In Zambia, he is reportedly in partnership with Zimbabwean businessman Ian Haruperi, said to be a close associate of President Rupiah Banda. Haruperi joined Buyanga on Zuma’s entourage to Russia last August.

Haruperi’s Facebook page has several pictures of himself, Buyanga, Zuma and other members of his entourage in Moscow. 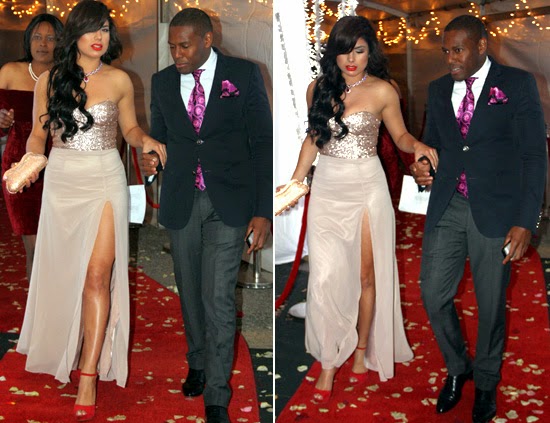 Several messages left for Buyanga were not returned. His lawyers insist that he does not face any criminal charges in Zimbabwe, and that his business activities are legitimate.

HAMILTON boss Frank Buyanga revealed that he received US$25 million from the controversial British property tycoon, Nicholas van Hoogstraten, in 2008.

Buyanga, wanted by police in Zimbabwe on fraud charges, told South African television over the weekend that the allegations and purported charges against him were “hot air”, while also denying that he was on the run.

His extraordinary relationship with the British businessman Nicholas van Hoogstraten

His legal troubles in the United Kingdom and Zimbabwe

Until Sunday’s interview, Buyanga had only previously said of Hoogstraten that he was his friend, mentor and advisor.
“He gave me money, US$25 million. One of my property companies received US$25 million as a facility, and out of that I think we used US$10 million and that’s it,” Buyanga told interviewer, Josey Mahachi.

In 2002, Van Hoogstraten – estimated to be worth US$800 million – was jailed in the UK for 10 years for ordering the murder of a business rival, but the conviction was overturned on appeal.

Three years later, he was ordered to pay the victim’s family £6 million in a civil case but he vowed they would “never get a penny”.

Hoogstraten is believed to have donated money to President Robert Mugabe’s campaign in the past. Asked why he had not exploited such a political connection to end the police pursuit of him, Buyanga bristled with indignation.

“Why should he [Hoogstraten] speak to the President about my problems? I told you these problems are not from high-up, there are all these little Mickey Mouse people. The President has bigger issues to deal with. Besides, he is a senior citizen and should be left alone,” he said.

Buyanga abruptly stepped down as a director of Hamilton Property Holdings in 2010 to avoid a gathering storm over the company’s activities which were attracting police and Reserve Bank attention.

Dozens of people came forward to say that they had borrowed money from Hamilton and surrendered collateral in the form of houses, vehicles and household goods. They claimed that before their borrowing period was over, Hamilton had disposed of their property.

But Buyanga said “none of these people have any money”, insisting if they did he would be happy to give them back their houses.

The Attorney General has filed an application in the High Court seeking to interdict Hamilton from selling 45 properties.

But the company is fighting the application, insisting that it has not sold or tried to sell the said properties.
Most of the petitioners had sold their properties, the company argues, but with a “buy-back option… subject to parties agreeing on a buy-back price and the terms of the buy-back.”

“Hamilton in all sale transactions has made available to all the complainants the following documents for the purpose of completing the sale transaction: agreement of sale, power of attorney to pass transfer, declaration by seller, notice to vacate property and acknowledgement of receipt of funds,” the company says in court papers.

But police are also charging Buyanga individually under laws that impose liability on directors where a company is involved in illegal activities.

“We have extended funding to more than 4,000 people but we are talking about 45 people who are using elements in the system and state organs to create something out of it. Nothing will come out of it,” he added.

When asked who was running his businesses in Zimbabwe in his absence, he replied that “these things run themselves”. His business interests extended beyond Zimbabwe, he emphasised.

Africa Magic showed interviews with some individuals who borrowed money from Hamilton and successfully paid back.
One man, who was unnamed, said: “There are people who did benefit, perhaps in their desire to do business they failed in various projects and they had challenges in repaying the money., The ended up finding excuses in terms of repaying the money.

“What I would have thought is that people who are accountable, people with integrity… the best thing would have been to go back to the drawing board and renegotiate the loans. It’s just unfortunate that some people who were really greedy thought the best way to move this agenda was to push Frank out of that industry, in the hope that those debts would be written off.”

Buyanga says he has no intentions of writing off the debt. “It’s about principle, not forgiveness.”
It has been reported that Buyanga’s troubles began when the brother of a senior cabinet minister’s girlfriend borrowed over US$50,000 using her sister’s house – with her permission – as collateral.

After his investment bombed, he committed suicide when realising that his sister’s property would be sold.
It has since emerged that Transport Minister Nicholas Goche also borrowed US$70,000 and had neglected to pay, forcing the company to take him to court.

Buyanga says he saw nothing wrong with giving loans to ministers, describing them as “just civil servants”.
“There is nothing wrong with extending funding to a government minister. In Zimbabwe, at the time I was extending funds, no-one else was. Even the banks didn’t have any money. So none of these people had anywhere to run, so they could only run to me,” he said.

He admitted that “a lot of people haven’t paid me back”.
He said he had friends who were ministers, but he did not expect them to stand up for him and fight what he sees as a miscarriage of justice.

“I would not want them to stand up for me,” Buyanga said. “The minute that minister lifts up his hand and mentions my name, then he is in trouble. They are gonna jump on him. You can’t have anyone standing up for me right now, can you? I understand that.”

Buyanga – charged with conspiracy to defraud in the United Kingdom before failing to make an appearance in court in 2005 – says he recorded all transactions on video because he had a premonition some clients would default and use corrupt police officers to intimidate him into writing off the debts.

He says his lawyers in the United Kingdom are engaged in discussions with the Crown Prosecution Service to have the fraud charges scrapped.

Buyanga also spoke about his connections with African leaders including Muluzi and Obiang, whom he was photographed meeting in Equatorial Guinea.

On Muluzi, he said: “He is like a father figure. We have known each other for a while. My dad is late now and I need someone who can advise me on the way forward in life.”

He only knew President Obiang as a man who has “achieved a lot for his country”.

He recently donated R1 million to a youth development programme in South Africa.

“It’s important to add value to the youth in terms of youth development programmes by way of education,” he said.
“I personally feel we can improve the situation, and move away from the situation of forfeiture of people’s assets by means that I don’t agree with. You can only develop the human being by financial literacy, by education.”