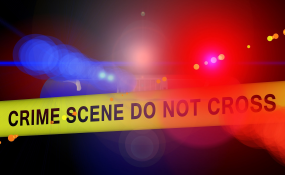 Four Mbare residents were yesterday convicted by a Harare magistrate for stealing over $5 500 from a dying woman at an accident scene.

Ernest Jonga (23), Sedrick Kachengo (20), Innocent Gumbo (17) and Kelvin John (21) pleaded their innocence before being found guilty by Harare magistrate Ms Barbara Chimboza after a full trial. They were remanded to today for sentencing.

In passing the judgment, Ms Chimboza said the court could hardly depend on the quartet as they were not consistent in their evidence. The quartet denied being the first to arrive at the accident scene, inisisting that there were already two cars at the scene when they arrived.

The State, represented by Ms Idah Maromo, told the court that Catherine Maramwidze, an entreprenuer, received $5 510 cash from business partners to travel and buy potatoes for resale in Nyanga.

The court heard that Maramwidze was involved in an accident along the Harare-Mutare Road and died on arrival at Parirenyatwa Hospital. The four thieves were in a Mazda pick-up truck which was trailing the lorry in which Maramwidze was travelling. The State proved that the quartet was the first to arrive at the accident scene, where they searched Maramwidze, who was unconscious, and stole her cash, before leaving.

On November 27 last year, detectives from Highlands received information to the effect that it was the four who who got away with the cash at the accident scene. Investigations were made, leading to their interrogation and subsequent arrest. Only $1 710 was recovered .

Abduction, Torture of Activists – Are Zimbabwe’s Dark Days Back?