Grace Mugabe says ready to take over as president in Zimbabwe

HARARE – President Robert Mugabe’s wife on Sunday said she is ready to succeed her husband as tensions rise in Zimbabwe’s ruling party over who will take over from the country’s ageing leader.

“I say to Mr Mugabe you should … leave me to take over your post,” she said in an address to thousands of indigenous church followers at a stadium in Harare.

“Have no fear. If you want to give me the job give it to me freely,” Grace Mugabe said.

Vice President Emmerson Mnangagwa, who had been touted as a possible successor to the 93-year-old Mugabe, has recently fallen out with him. 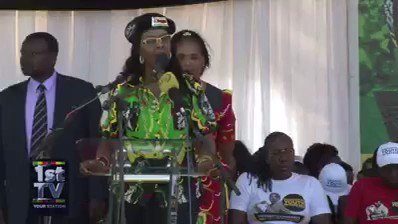 Video: Grace Mugabe rants at some ZanuPF supporters booing her

On Saturday the president threatened to fire Mnangagwa, accusing him of fanning factionalism to garner support ahead of a party special congress due in December.

Amid party divisions over who should become the leader — an event only likely to occur when the incumbent dies — Grace Mugabe, 52, said the party will soon change its constitution to allow a woman to be vice president.

The move would likely see her replace Mnangagwa and pave the way for her to succeed her husband, who is Africa’s oldest president and has ruled the former British colony for 37 years. 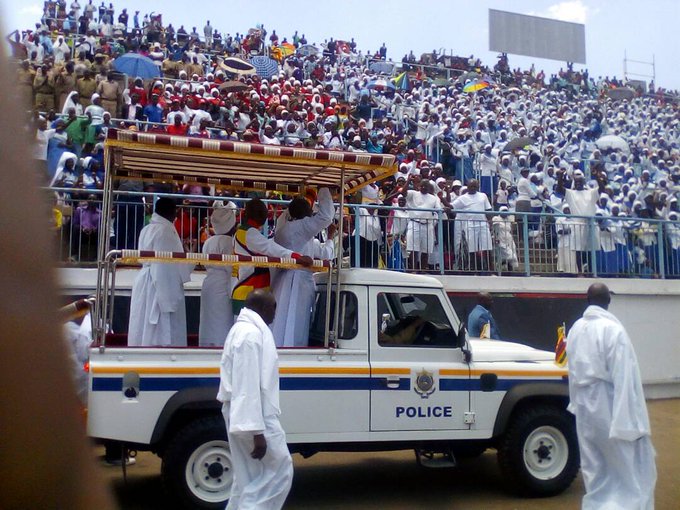 Mnangagwa was appointed vice-president in 2014, taking over from Joice Mujuru — who was axed after Grace Mugabe launched a campaign accusing her of plotting to topple the president.

Mugabe’s wife on Sunday also accused Mnangagwa of a dark past of clandestine plots, including planning to stage a coup around the time of Zimbabwe’s independence in 1980.

“In 1980 this person called Mnangagwa wanted to stage a coup. He wanted to wrestle power from the president. He was conspiring with whites. That man is a ravisher,” said Grace Mugabe.

Despite his advanced age and concerns over his health, Mugabe has refused to name a successor.

He has been endorsed as his party’s candidate for next year’s election.