Zimbabwe tobacco is booming, but farmers growing it are not 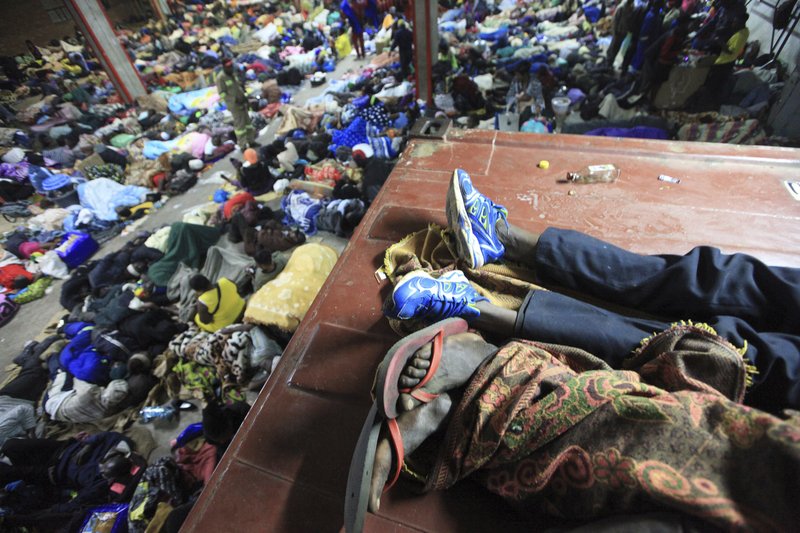 HARARE, Zimbabwe (AP) — Farmer Simon Kahari recently sold tobacco worth more than $6,000 at an auction in Zimbabwe, a small fortune reflecting the golden leaf’s resurgence in this southern African country. Yet because of Zimbabwe’s dire economic problems he ended up sleeping in an auction house toilet that night, hungry and wondering if and when he would be able to access his earnings.

“I don’t have any money for food or anything,” Kahari said. “I came here expecting to be paid, so now I will have to borrow.”

Many of Zimbabwe’s tobacco farmers share the same plight during the ongoing selling season of the crop, Zimbabwe’s second biggest earner after gold. While exported tobacco rakes in hundreds of millions of dollars, small-time farmers feel left out of the lucrative cycle.

A cash shortage that underlines the country’s deepening economic woes has left farmers who travel long distances to auctions unpaid, stranded and desperate.

Farmers like Kahari are not paid in cash because of the currency shortage. But they need the money because much of Zimbabwe, especially rural areas where there is little infrastructure, is a cash-based society.

Instead, their earnings are deposited into accounts that they must open at bank branches at the auction houses. Then the farmers must stick around for weeks, hoping for the daily withdrawal limit of $100 but often getting no more than $50.

Meanwhile, tobacco sales have jumped 30 percent from last year, earning $300 million so far, according to the country’s Tobacco Industry Marketing Board.

President Robert Mugabe and many in his government point to rebounding tobacco production as justification for often violent land seizures years ago. Many tobacco farmers were resettled on farms forcibly taken from whites, 20 years after Zimbabwe became independent from white minority rule in 1980.

Mugabe’s deputy, Emmerson Mnangagwa, said this month that tobacco sales mean “the cake is now spread to ordinary families in the countryside,” but many distressed people at a tobacco sales floor wore torn clothes. On May 4, police fired tear gas to disperse tobacco farmers protesting non-payment and hazardous living conditions at auction floors.

“Relax. It has been three weeks for me and I am still here,” Luckson Mutaya told fellow farmer Kahari, who appeared fidgety after waiting only several hours.

He advised Kahari on a few basics, especially the need to hold a place in one of the toilets to avoid enduring the cold night in the open.

“Oh, and you have to write down all the essential phone numbers. Very soon you won’t be having that phone,” Mutaya added, puffing a large cigarette of tobacco leaves rolled in an old newspaper. He cannot afford processed cigarettes selling for 10 cents each.

One food seller, Maria Mandebvu, complained that farmers leave without paying their bills and recalled happy years when farmers were paid cash on the spot. Then, the auction floors transformed into one huge bazaar, with traders hustling anything from cars to solar panels, beds, alcohol and sex.

Dozens of traders are still camped there this year. Music blares from makeshift wooden and plastic stalls. But no one is dancing. On the auction floor, business is hectic as buyers swiftly go through rows of tobacco bales, negotiating prices.

By 10 p.m. the male and female toilets are fully occupied by farmers deep in sleep.

Nearby, breastfeeding mothers and children squeeze next to male strangers in the open on parched grass and tarmac. Some sleep on top of steel storage shipping containers, others on stairs and conveyor belts.

“The country is making money from our tobacco, we deserve some dignity,” said Lloyd Muponda, who travelled 300 kilometers (186 miles) to sell his crop two weeks ago.

Joseph Made, the agriculture minister, said his office is negotiating with the finance ministry to ease the farmers’ plight. It may be too late for 78-year-old Agnes Hanja, who badly needs cash to pay off debts and laborers back home.

“I will not grow tobacco again,” Hanja said. “This is dehumanizing.”