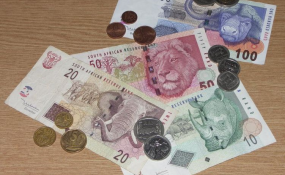 It doesn’t matter how much sense it makes to ordinary Zimbabweans: Zimbabwe will not formally adopt the rand, the central bank governor says.

Here are his reasons:

In theory this is true: you just don’t see the rand very much these days.

Mangudya says the rand has been part of the multi-currency basket since 2009 (other currencies supposed to be accepted in major supermarkets include British pounds, Botswana pula and Chinese yuan).

“We continued to use it [the rand] until such a time when some unscrupulous dealers started rejecting it,” he told the paper.

The reason why the rand stopped being welcome in Zimbabwe – certainly in the capital, perhaps less in Bulawayo – was two-fold: the rand lost value so there were quarrels over the exchange rate of the day and Zimbabwe brought in bond coins, which meant there was much less need for rand coins as change.

The rand will get “externalised” too

The authorities have been laying a fair amount of blame for Zimbabwe’s ongoing cash crunch on people, both local and foreign, “externalising” hard cash.

The definition of that includes retailers buying goods from outside Zimbabwe for sale inside the country, apparently.

Mangudya says there’s no guarantee that won’t happen to the rand. “What guarantee do we have that if we adopt it as our major currency it won’t suffer the same fate of externalisation and hoarding? Worse still, it only takes a few hours to reach South Africa,” he said.

Finally! However much the authorities bluster on about hoarders and externalisers of hard currency, the main reason for Zimbabwe’s cash squeeze is that local production is low.

“We have always said that the fundamental problem of this economy is not about currency but localised production, stimulating exports and discouraging imports of finished products at all cost,” the central bank chief told the Sunday Mail.

Mangudya did not discuss the reasons why local production is so low.

Some of those are to do with high labour costs, very little foreign investment from outsiders worried about indigenisation and how they’ll get their money out of the country.

But the lack of local production is a huge issue and not one that on its own the rand will be able to sort out.