A second Kenyan man has declared his undying love for US President Barak Obama’s teenage daughter Malia, offering 500 cows for her hand in marriage.

The new suitor has surpassed the previous one, lawyer Felix Kiprono Mategei’s offer of 50 cows and has instead offered 10 times more to marry the older daughter of the US president.

The 24-year-old has said that he is prepared to sell his ancestral piece of land in the Maasai Mara to win Malia’s heart. Kishau has gone to the extent of naming the Maasai Elders that he would like to represent him in the marriage negotiations.

This is second marriage offer that Malia Obama has gotten from Kenya. Shortly after Obama’s team announced his visit to Kenya,

“To prove (that I’m) serious, I will give her father 500 cattle and even more and I am ready to send them to the US in the form of money,” said Mr Kishau.

“She is very beautiful, nice and cute. I am not able to sleep at night, I love Malia Obama very much. I do not know good English but I know that I love her,” he said.

“I am old enough to have babies but she will know my age once we get married. I will give the family 500 cows and sell all my Maasai lands just to win her.”

Kishau, who hails from Narok county, said he will send the money from the sale of his pieces of land to Obama if he is given his phone number. 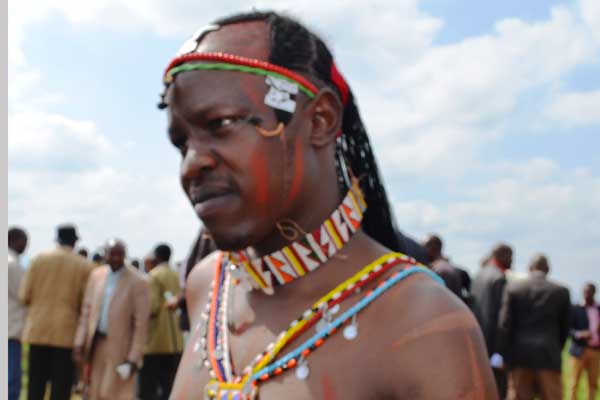 Under Maasai culture, a young man seeking to marry a girl of his choice is barred from making any move directly to her but should instead make his appeal through community elders.
According to Ole Kishau, he is eagerly waiting for Obama’s visit to Kenya in July when he will rally elders from his community to make the offer.

The moran believes he is the only suitable man to marry Malia despite interest from Kiprono. He called Kiprono a joker for offering only 50 cows.

Previous Another #Zimbabwe activist abducted: MP says this one is worse than Itai Dzamara’s incident #263chat
Next #Zimbabwe to Export 27 Captured baby Elephants to China