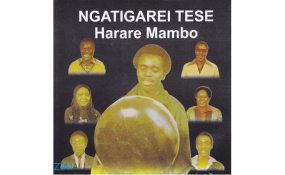 UK: Zimbabwean musician, Virginia Sillah, who was the lead vocalist for the Harare Mambos band which made waves in the late 70’s and early 80’s, has died in a London Hospital, family spokesperson, Cleopatra Sillah said in a press release at the weekend.

Cleopatra said Virginia, who was 64, died at Hillington Hospital in London on Saturday evening.

“On behalf of the Sillah family, relatives, friends and colleagues in the music fraternity; it is with sadness that we announce the death of Virginia Sillah, a former member of vocalist of one of Zimbabwe’s finest and famous music groups, The Harare Mambos.

Virginia, who has been living in the United Kingdom for the past 16 years, was among the first women in her time to front a musical group and was well known for her angelic voice singing different music genres from Jazz, soul, classical as well as traditional Zimbabwean music.

The Harare Mambos was a band from Victoria Falls and made hit songs such as VaChitepo, Mbuya Nehanda and Shanga Yangu Yava among others.

Cleopatra said funeral arrangements would be announced in due course.

Source :
newzimbabwe
Share
Previous Caps United Happy With Ghanaian Target
Next One of the #Nigeria kidnapped girls by #BokoHaram refused to be releases saying she is happy with her new husband #BringBackOurGirls