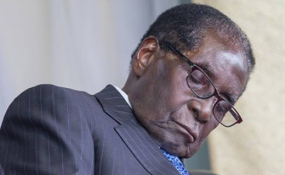 Zimbabwean opposition parties have rubbished results by a new survey that claimed that most Zimbabweans still put their trust in President Robert Mugabe, 93, as the country’s leader.

The mass survey carried out by Afrobarometer, polled 1 200 adults in Zimbabwe’s urban and rural areas in January and February.

It said that at least 64% of Zimbabweans indicated they still put their trust in Mugabe, who has been in power since independence in 1980 and says he will stand in next year’s polls.

The survey also found out that most people had little faith in the southern African country’s opposition parties as well as the tax collection body.

But the movement for Democratic Change (MDC) led by Morgan Tsvangira dismissed the survey as “irrelevant”.

“We do not have any intention to fight with figures. At the moment we are all focusing on mobilising support for our party. So far we are happy with what we are doing… ,” the MDC Secretary General Douglas Mwonzora was quoted as saying in a New Zimbabwe report.

Meanwhile, the former finance minister Tendai Biti led party, the People Democratic Party (PDP), questioned the method that was used to come up with the survey.

PDP spokesperson Jacob Mafume said that although his party recognised the Afrobarometer as a reputable organisation, he was not sure which scientific method was used to come up with the results.

“Surveys are scientific by nature. I cannot say much without knowing how the survey was conducted, for example the nature of the questions which were asked to the respondents,” said Mafume.

Share
Previous I was born an ambassador, don’t need diplomatic passport: Tuku
Next Zim Teacher ‘Dresses Up As Cop So He Can Hitch a Free Ride On Public Transport ‘