Two customers at a restaurant in South Africa’s city of Cape Town received a bill which identified them as “two blacks”, reports Eyewitness News. 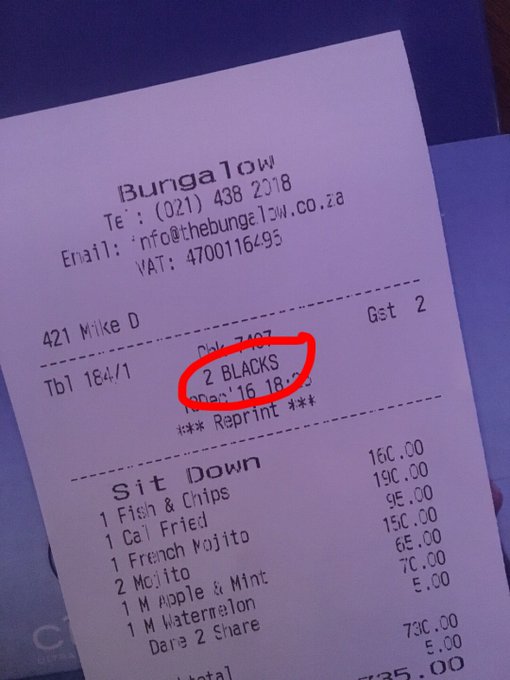 The Bungalow in Clifton (@KoveCollection) still sees us by the colour of our skin pic.twitter.com/KuHi96xX82

.@Scott_Maq Our official response to the unfortunate incident over the weekend at The Bungalow. pic.twitter.com/c0mN4Y3Tll

But Mr Maq was not impressed, demanding a personal apology:

@KoveCollection I do not accept your apology. You’ve failed to contact me directly as an offended patron.

@KoveCollection I had to hear from a journalist on how you plan to handle this incident. No apology/communication to the offended patron.