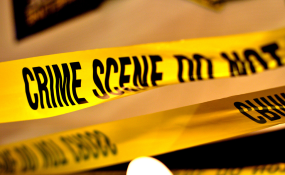 TWO soldiers were Thursday arraigned before magistrate Babra Chimboza after they allegedly terrorised a Harare man at his residence before robbing him of his cash, car among other goods recently.

Adrian Hamandawana, 25 stationed at Mechanised Battalion Inkomo and Presidential Guard Tafadzwa Saungweme, 26, were ordered to apply for bail at the High Court.

The two were arrested after their co-accused, who is already on remand in Bindura, implicated them.

According to the state, on January 27 this year, the two in the company of Timothy Tshuma and Petros Mubaiwa connived to rob Anthony Francis Hickey of Belvedere.

At around 9pm they proceeded to Hickey place, scaled the security wall and unscrewed the kitchen door to gain entry into the house.

Court heard they went to Hickey’s bedroom and found him watching television with his two sons.

It is alleged that one of the intruders produced a pistol which he cocked and pointed at Hickey before they tied him and his sons up with an adhesive tape and electric cables.

They went on to demand cash and Hickey showed them the safe which was not locked.

They took $300 which was in the safe before they started ransacking the entire house looking for more money and valuables.

Court heard that they stole gold neck chains, rings, phones and groceries among other things.

They then demanded the gate remote and cars. Hickey told them where to find them after which they loaded their loot into his Hickey’s car and drove off.

They later dumped Hickey’s vehicle near the Avenues area.

Prosecutors said it was later established that Hickey’s phone was being used by one Shelter Dupwe.

Dupwe was located and implicated Raphel Muzondo who told the police that he bought the phone from Tshuma had already been apprehended.

Tshuma then implicated the duo leading to their arrest.

Share
Previous ZINWA has failed: Parliament
Next Zuma – I Agree With Mugabe, Zim Is ‘Mischaracterised’