It doesn’t rain but pour in the Agape Kingdom of darkness, as sex offender Walter Masocha is to begin his New Year in court again, this time charged with more accounts of sexual assault. Victims who are former church members are expected to testify about the sexual abuse they suffered in the hands of the self appointed prophet. If Masocha pleads “not guilty”  on 19 January, which is most likely as he is appealing his previous convictions, the trial will begin on 1 February 2016 at Stirling Sheriff Court in Scotland.  This will be the second trial of Walter Masocha, who was found guilty of two counts of sexual assault in April 2015. His second trial will begin before he appeals against his previous convictions on February 9. Few remaining church members are reportedly fasting and praying for their “prophet” whom they believe is being persecuted for being a true man of God. Among those fasting and praying for the pedophile is my ex husband Shingai Musuka and his mother and sisters. 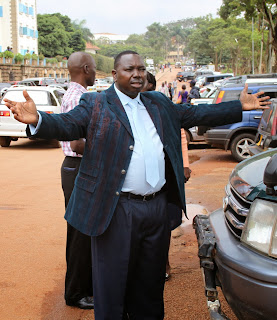 Masocha back in court on 19 January
In the wake of the second trial, a devoted church member, a single mother has suffered a serious nervous breakdown after she visited Walter Masocha’s mansion in Scotland asking for prayers and deliverance. To protect her identity I will use the name Mary (not her real name). Mental illness is not something to mock or laugh at. Though Agape Church is well known for mocking and abusing people who suffer from mental illness, on  this platform I do not mock vulnerable adults who are suffering from any form of mental illness. It is never one’s fault to be mentally ill. However as part of my job of fighting and exposing religious abuse and its detrimental effects, I have to write about the breakdown of this poor woman because Walter Masocha is at the heart of this very troubling incident. It is not the first time members of Agape Church have been sectioned under the mental health act after some breakdown in church. Ambulances and police are often called at church services. Agape church in the form of mental nurse Gertrude Musuka tried to get me sectioned, the only problem was that I was not mentally unwell so the sectioning never happened. In this sad incident of Mary, her sectioning was set up by church member Winnie Mawarire under the instruction of Walter Masocha. Walter Masocha always uses his female “envoys” to bully other  vulnerable church members.
For Mary, her fate began during Christmas when she traveled to Scotland to see her Daddy after a series of disturbing episodes, uttering that Masocha was a sorcerer using black magic to sacrifice church members for his own gain.  Upon her arrival at Scotland, Walter Masocha then absconded from his mansion refusing to see her. Church leader Winnie Mawarire then took it upon herself to tell Mary to leave Scotland and the man of god alone. Obviously feeling betrayed that her Daddy refused to see her at her deepest moment of need, Mary then kicked off, police were called, and as I write this blog, she is currently sectioned under the mental health act.
Please watch Masocha pretending to pray in tongues
This episode is not new to Masocha or Agape. Last year during the Masocha trial, another devoted female church member was sectioned under the mental health act after she started uttering that Masocha was a sorcerer killing people and sacrificing church members so he can escape justice. A number of church members have died mysteriously in Agape, with Catherine Chigavazira falling to her death during a church service on the pulpit after she had wrote on Facebook that I was going to die shortly because I had persecuted Walter Masocha. Also the horrific death of Scott Chiriseri was also linked to Walter Masocha. So as his second trial approaches, with only days to go, another poor woman is cruelly locked away in a mental institute.  Mary’s two teenage daughters are reported to be extremely distraught and want nothing further to do with Agape cult or the leader Walter Masocha. Unlike Agape, on this blog we do not mock mental illness. Please dear readers, I urge you to pray for Mary and her two teenage daughters. She may have been a blind gullible devoted Agape member till Christmas 2015,but she does not deserve to be sacrificed to this cult.

I can confirm that Agape Financial Administrator Ian Mchardy has officially left the cult. I can also confirm that former Pastor Muchengeti Hove has now officially left Agape and is currently under separation from wife Tinashe. He is in the process of setting up his own ministry, but is now currently a full time church member at controversial church Spirit Embassy led by Eubert Angel. His wife, Tinashe Hove is still in Agape, neglecting her children. She now spends most of her time at Cosyneuk House, Masocha’s mansion, and now declares she has no husband. She has vowed to stand with the sex offender, even at the expense of her children and marriage. Another divorce in the hands of Walter Masocha. I can also confirm Callisto Misi is reported to be contemplating leaving the cult too. The saga continues.
Share