‘I don’t get stressed. Stress is a white man’s disease and that is why a term such as stress did not exist in the Zulu language’ 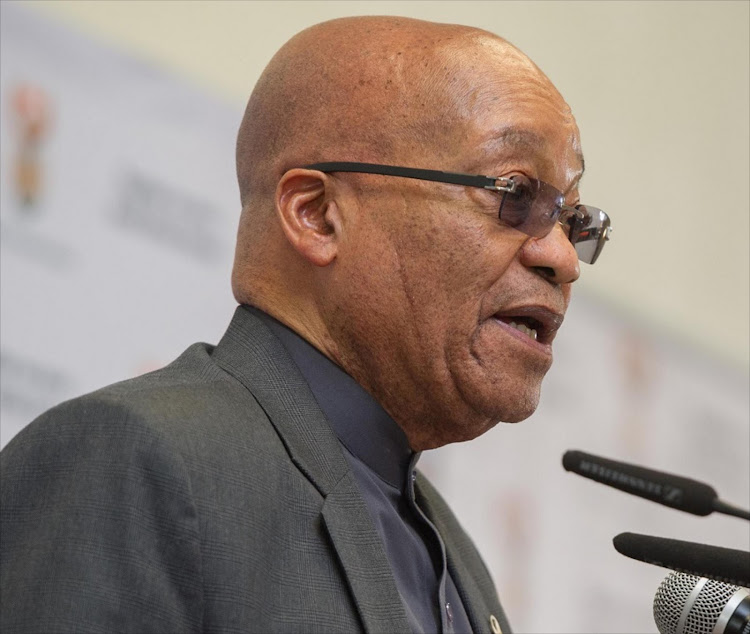 President Jacob Zuma on Wednesday used his 75th birthday celebrations to cement his position as the country’s head and ease the concerns of his supporters amid growing calls for his removal.

A confident and cool Zuma gave a lengthy address in which he brushed off calls by the opposition for him to step down.

“I don’t get stressed. Stress is a white man’s disease and that is why a term such as stress did not exist in the Zulu language‚” he chuckled as he addressed the party goers.

He called on the ANC members to ignore the actions of the opposition‚ saying it was their job to oppose anything and everything done by the ruling party.

“Do not fear when the opposition speaks the way it does. They are doing their job to oppose what others do. If they don’t deliver‚ they aren’t doing their jobs‚“ he said.

Thousands had gathered at his birthday bash in Kliptown‚ Soweto. Closing off his lengthy address‚ Zuma said he would be willing to step down only if that was what the ANC wanted.

“Even if you tell me to resign tomorrow‚ I’ll do so without any animosity‚” he said in IsiZulu.

Despite anti-Zuma marches earlier in the day‚ calling for his removal‚ Zuma told the crowd that he would lead the country until the end of his term in 2019 but he was ready to hand over the reins as ANC president in December at the party’s national executive conference.

He warned that his successor would face as much criticism as he had.

Zuma told the celebratory crowd that he would die an ANC supporter‚ pledging to continue to serve without pay once his term comes to an end.

Of the top six‚ only Jesse Duarte was present for the celebrations. She thanked Zuma for being a good example of a true leader‚ saying he had remained dignified despite the growing opposition to the embattled president.

Throwing barbs at EFF leader and former ANCYL president Julius Malema‚ Duarte said he was “fighting to be the president that he would never be”.

Kebby Maphatsoe‚ of the MKVA‚ also assured Zuma that he would serve until the end of his term.

“They are stressing outside. We are celebrating in here‚” said Maphatsoe‚ referring to the throng of marchers who gathered in Pretoria earlier in the day.

“You will continue to lead the country until 2019 so don’t stress‚” Maphatsoe added.

Zuma honoured Ontlametse Phalatse with a moment of silence. She died of progeria disease on Tuesday night‚ aged 18. She was meant to have been a guest at Zuma’s birthday celebration.

Instead‚ her grieving mother attended and received a car which Zuma had promised to buy for Ontlametse last month when he met her following her birthday.

Zuma vowed to keep his promise to Ontlametse’s mother‚ Bellon Phalatse‚ who was also celebrating her 46th birthday on Wednesday‚ and said he would build her a house.

After a symbolic cutting of the cake‚ he sent his large birthday cake to local orphanages and old age homes.

He planned to go to the Chris Hani Baragwanath Hospital where he would give gifts to mothers of all children born on this day at the hospital.