Mfonobong Nsehe , CONTRIBUTORI chronicle Africa’s success stories and track its richest people Opinions expressed by Forbes Contributors are their own.

According to a report by Forbes, Masiyiwa, 57 is now worth $1.7 billion. Masiyiwa controls Econet Group, a Zimbabwe-listed mobile phone company that also has investments in financial services, insurance, e-commerce, renewable energy, education, Coca-Cola bottling, hospitality and payment gateway solutions. Econet also has a Pay television outfit, Kwesé TV, which is already competing favorably across Africa with Naspers’ DSTV. Shares of the company have surged in value over the past year. In July last year, Liquid Telecom, a subsidiary of Econet Group successfully raised $700 million in a bond and term loan financing package from international financiers. 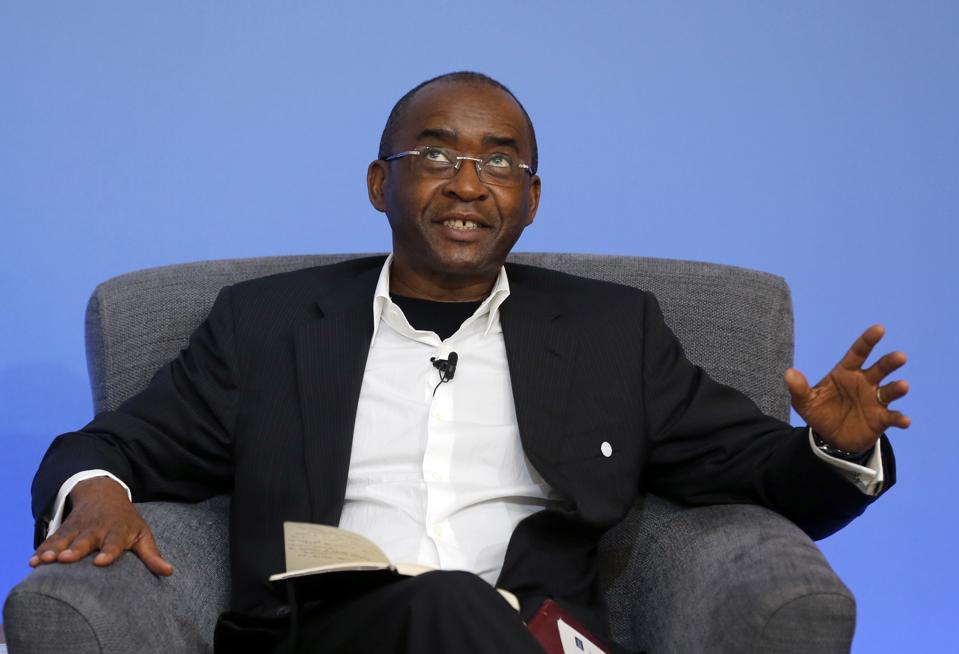 LONDON, ENGLAND – MAY 12: Businessman Strive Masiyiwa takes part during a panel discussion at the international anti-corruption summit on May 12, 2016 in London, England. Leaders from many of the worlds nations are gathering in London for the summit, which is aimed at stepping up action to tackle the problem of corruption. (Photo by Frank Augstein – WPA Pool/Getty Images)

Strive Masiyiwa founded Econet in 1993, but was granted a telephony license by the Zimbabwean government in 1998, at a time when 70% of the country inhabitants had never heard a ringtone. He and his wife, Tsitsi, are the founders of the Higher Life Foundation which pays the school fees of over 40,000 students across the Primary, High school and Tertiary levels.  In February 2013, Tsitsi and her husband established the Ambassador Andrew Young Scholarship, a $6.4 million dollar scholarship fund that sends African students to attend the Morehouse College in the United States. The fund is named after Ambassador Andrew Young, a former United States Ambassador to the United Nations, who is renowned for his vanguard role in the international Civil Rights Movement.