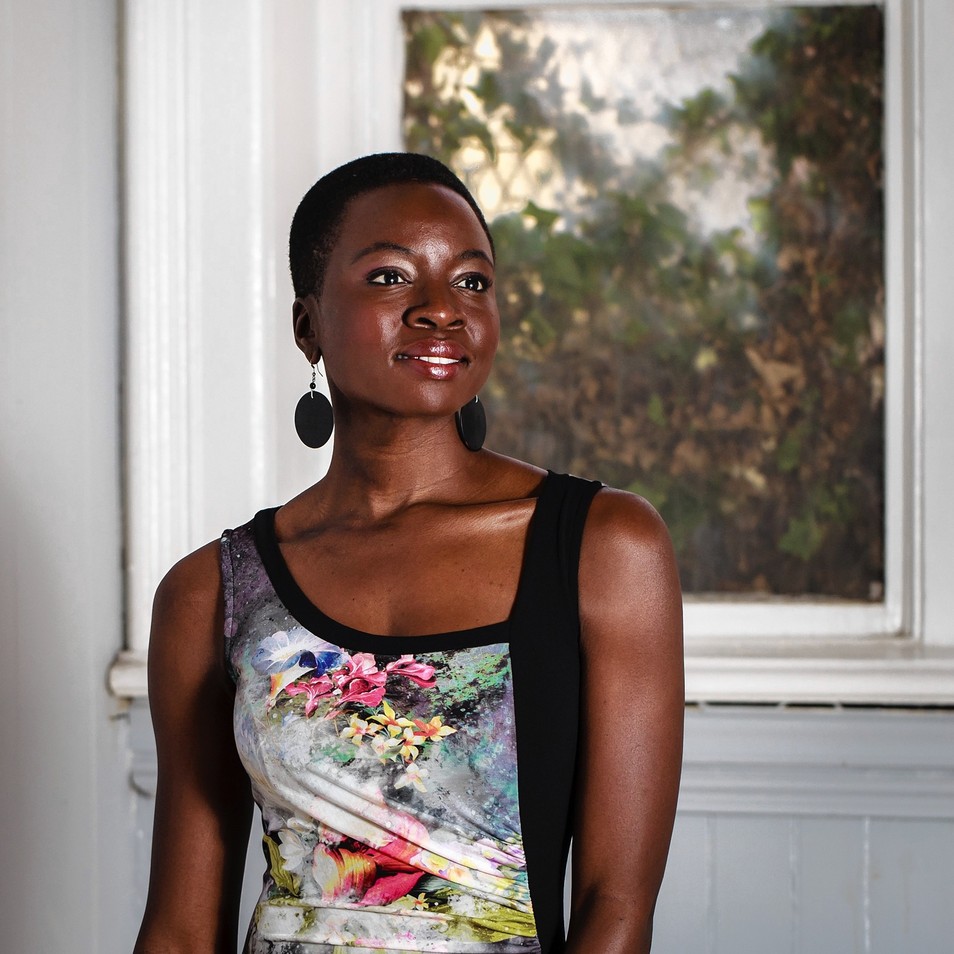 NEW HAVEN, Conn.—As Michonne, the katana-wielding zombie slayer on AMC ’s “The Walking Dead,” actress Danai Gurira has achieved such a cult following that she has her own action figure. Now Ms. Gurira is making her mark as a playwright, bringing a different kind of action to the stage.

“I wanted to see women of African descent really get to have a workout onstage,” said Ms. Gurira, a Zimbabwean-American who refers to herself, with the faintest British accent, as “Zamerican.”

“Familiar,” her fourth play, begins previews here Jan. 30 at the Yale Repertory Theatre, which commissioned it. A domestic comedy-drama, “Familiar,” which opens Feb. 5, is already bound for Off-Broadway, with a production at Playwrights Horizons slated for February 2016.

Ms. Gurira’s most personal work, “Familiar” is set in a Minneapolis suburb, where an upper-middle-class Zimbabwean-American family is gathering for a wedding. The bride, a lawyer, decides to hold aroora—a traditional Shona dowry ceremony—horrifying her mother, Marvelous Chinyaramwira, a Zimbabwe-born scientist and academic who has spent decades trying to fit in with her Midwestern neighbors through bake sales and Jane Fonda workouts.

“I know the first-generation story extremely well,” Ms. Gurira said with a tiny smile. “I can’t deny the fact that I was born in Iowa, you know? How do I shake that?” Though she’s almost unrecognizable without Michonne’s trademark dreadlocks (a wig), Ms. Gurira’s steady gaze and air of coiled intensity recall her TV alter ego. “I was told I reminded someone of myself, in a grocery store,” she said, striding briskly to the theater as her companions struggled to keep up. “I said, ‘I get that a lot.’”

Like the fictional Chinyaramwiras, Ms. Gurira’s parents are academics who emigrated here during the 1960s. Her father was a chemistry professor, and her mother a librarian at Grinnell College when she was born in 1978. In 1983, the family moved back to a newly independent Zimbabwe. Ms. Gurira grew up in a middle-class suburb of Harare, returning to the U.S. to attend Macalester College in St. Paul, Minn. She has kept one foot in each country ever since, returning often to “Zim”—as she and the characters of “Familiar” call it—where her family still owns a home, and where she started a nonprofit theater foundation.

Although she loved theater, Ms. Gurira planned to pursue a doctorate in psychology until she spent a semester in South Africa, after the end of apartheid. “I got exposed to a lot of artists who used their craft to impact social change,” she said. “That was when it hit me that I wanted to do this for the rest of my life,” she said.

Ms. Gurira’s first play, “In the Continuum,” which she wrote and performed with Nikkole Salter, grew out of their graduate theater project at NYU’s Tisch School of the Arts. Told in the voices of an African-American woman and a Zimbabwean woman who each discover they have HIV, the play was eventually produced Off-Broadway, winning an Obie Special Citation in 2006. Ms. Gurira played several roles, including Abigail, an ambitious Harare newscaster.

She hasn’t appeared in her plays since. “I started to really yearn to be outside the picture,” she said. “To see it and help it form without having to carry it on my back every day as a performer.”

Even as she began to snag plum roles in movies (“The Visitor” and “Mother of George”) and Broadway plays (“Joe Turner’s Come and Gone”), Ms. Gurira continued to write about Africa—“a place that is magnificently underrepresented.” “The Convert” delves into Zimbabwe’s colonial past, with the story of a Shona girl who finds refuge from a forced marriage in the household of an African Christian minister.

Liberia’s brutal civil war was the subject of 2009’s “Eclipsed,” which explores the relationships among four abducted women who have become the “wives” of a rebel commander—including one, Maima, who morphs from victim to merciless predator. Ms. Gurira was inspired to write the play after reading about Black Diamond, an infamous female rebel fighter. She won a grant to travel to Liberia, where she interviewed more than 30 women, some of whom had endured unimaginable trauma, others who had been complicit in it.

“I had to hear them. I had to know what they sound like,” she said. “They were thankful someone finally was asking them what had happened to them, because no one ever did.”

Those voices ultimately proved crucial to her understanding of Michonne. “She reminded me of the women of Liberia—the women who fought, who got up and became their own weapon,” Ms. Gurira said. “Hypervigilant, hypersensitive, and you know, very untrusting—it’s very much all a component of a trauma she had not metabolized.” The zombie apocalypse, she realized, “was basically a war zone.”

Robert Kirkman, creator and executive producer of “The Walking Dead,” said the creative team was favoring a different actress for the role—perhaps the show’s most iconic—until Ms. Gurira’s second audition. “We were all kind of shocked,” he said. “We did think we were going another way, but after that last round of testing, Danai just stole the show. When I look at her, she is Michonne.”

For most of her first season, Ms. Gurira’s character barely spoke. “I use my voice literally as a source of my own power,” said Ms. Gurira. “To act a character who actually considered talking a liability was fascinating.”

Instead, she found Michonne’s power through her silence, communicating volumes with her piercing gaze. Putting on Michonne’s combat boots— “So shoes I would never wear”—helped her develop the character’s predatory stalk, a pair of chained, armless zombies occasionally staggering in her wake. “I also deeply found her through her weapon,” said Ms. Gurira, who keeps practice swords “everywhere.” “The more my body started to connect with it, the more I started to connect with her.” The wig, she added, also helps.

Ms. Gurira draws inspiration from her character’s post-apocalypse chic. “She refused to let go of style,” she said. “Some people were talking to me, they’re like, ‘How’d she get that Missoni headband?’,” Ms. Gurira recalled. “I was like, ‘She raided a Missoni store.’”