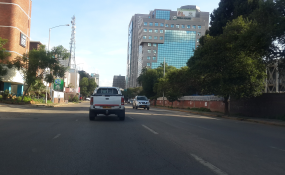 Felex Share — Cabinet has approved the payment of civil servants’ bonuses in cash and workers are guaranteed their 13th cheque beginning next month, Public Service, Labour and Social Welfare Minister Prisca Mupfumira has said. Government needs an additional $180 million to meet the 2016 bonus payments. Minister Mupfumira yesterday said the issue of residential stands would now be handled under the National Joint Negotiating Council, a platform that brings together Government and civil servants’ unions.

“To give assurance to the workers, Cabinet approved the March 6 agreement that was sealed between Government representatives and the workers,” she said. “It means the move has the support of the country’s leadership and it was also agreed that the issue of residential stands be handled through the NJNC.”

Civil servants’ representatives were anxious about their bonuses after last year’s incident when Finance and Economic Development Minister Patrick Chinamasa sought to suspend payment of the 13th cheque for two years, a decision reversed by Cabinet a few days later.

The endorsement by Cabinet means the workers’ bonuses will start coming in next month, with members of the Zimbabwe National Army, Air Force of Zimbabwe and the health sector being the first to get their dues.

Members of the Zimbabwe Republic Police and Zimbabwe Prisons and Correctional Services will be paid in May followed by teachers in June. No civil servant will receive bonus payment in July and the last batch, the rest of the civil service, will be paid in August.

“With what happened in the past we wanted to know if the move announced by Minister Chinamasa had the blessings of Cabinet. Fortunately the Minister engaged us and told us that this has been approved,” she said.

“We now await the actual dates so that our constituency concentrates on service delivery and also be able to plan. We applaud Government for accepting our proposal that we get paid in cash. We now await the movement of other projects which are being done to improve the welfare of the workers.”

In January, Government offered its workers three payment options to settle the bonuses. These were residential stands, a cash stipend coupled with non-monetary benefits and property investment bonds.

The workers rejected all the options.

They threatened Government with demonstrations before a consensus to pay them in cash was reached on March 6. Cash flow challenges have forced Government to shift pay dates for civil servants.