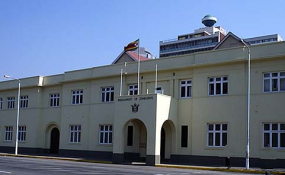 The Parliamentary Portfolio Committee on Finance and Economic Development has recommended that government carry out a restructuring of the civil service and reduce the wage bill to 70% of the budget within the first quarter of 2017, businessdigest has learnt.

The move piles pressure on Finance minister Patrick Chinamasa who, in his 2015 mid- term fiscal statement, said he intends to reduce the wage bill from 80% to 40% on wages in the long-term

If adopted, the recommendations could help boost government coffers which have been severely depleted due to a wage bill that is gobbling up more than 90% of the US$4,1 billion national budget, crowding out capital and social spending.

In its analysis of the 2017 budget, the committee chaired by Zanu PF Mutoko South MP David Chapfika, said reducing the wage bill to 70% of budget would release an additional US$700 million for other crucial government obligations.

“Government must undertake to adopt and make structural reforms to rationalise the civil service in order to adjust recurrent expenditure to at most 70% of the budget within the first quarter of 2017 thereby releasing (an additional) US$700 million to fund other critical areas of the budget,” the committee wrote in its analysis of the 2017 budget.

The committee warned that there is a real possibility of government failing to pay its workforce if the authorities fail to undertake the restructuring process.

“There is no doubt that the country is facing serious challenges. In order to solve these challenges, there is need to take a new paradigm shift and move away from the business as usual approach that it is currently in.

“There is therefore need for economic reforms including austerity measures to cut the wage bill so as to free some resources for capital expenditure,” the committee said.

“There is the real danger of service delivery collapsing and the government failing to pay salaries altogether in the near future if this is not urgently addressed.”

The committee prescribed that all revenues from all sources should be consolidated into the Consolidated Revenue Fund and then allocated through the main budget as previously recommended in the last few years.

It also called on Chinamasa to consider an upward review of allocations to the ministries of Agriculture, Industry and Commerce, Health, Small and Medium Enterprises, Women’s Affairs, Higher and Tertiary Education as well as Tourism through virementing savings from the Ministry of Defence.

The Chapfika-led committee recommended that Chinamasa increase the allocation to parliament from the US$30 million he allocated the legislature in the 2017 budget to US$48 million. This, the committee said, will enable parliament to fulfil its mandate.

The committee called for a complete review of the fuel trading arrangements via the pipeline and adjustments to levies and duties to increase revenue to the state and to halt illegal and corrupt activities, which they said would add another US$400 million a year to the fiscus.

Other recommendations the committee made include a complete review of all border charges and duties and setting a target to double these revenues from US$380 million to US$800 million a year and a review of excise duties to raise the costs of liquor and cigarettes to regional levels to discourage smuggling.