#Zimbabwe, From Disaster To Disaster

Zimbabwe, From Disaster To Disaster

I cover economics and finance.  Opinions expressed by Forbes Contributors are their own. 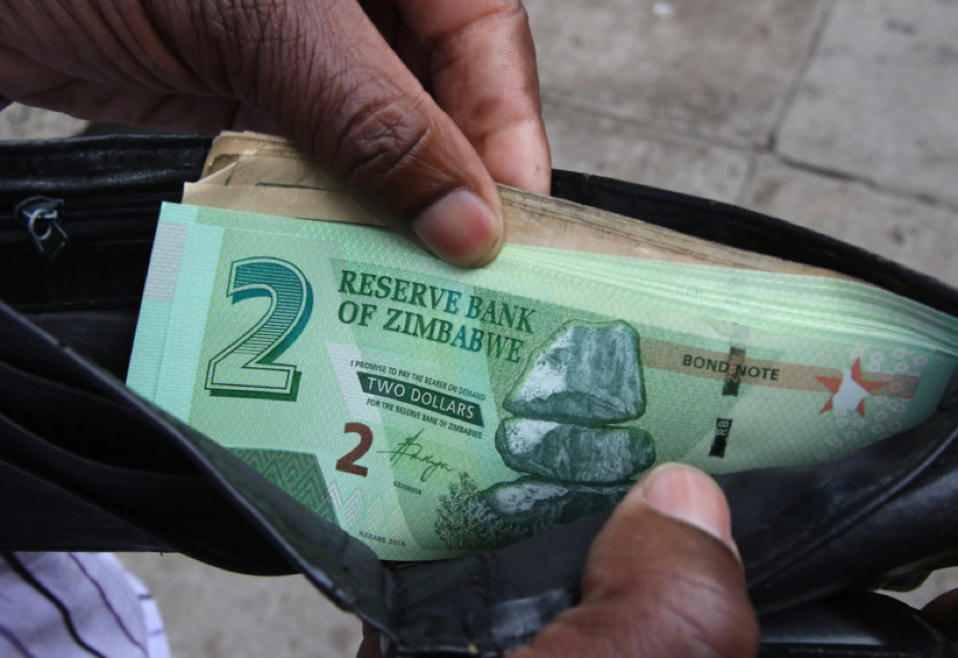 In 2008, Zimbabwe suffered the second most severe case of hyperinflationin modern history. Its annual inflation reached 89.7 sextillion (1023) %. Prices were doubling each day, making the currency almost worthless. The government was forced to scrap the local Zim dollar when Zimbabweans simply refused to use it. Subsequently, the government implemented a multicurrency system based on foreign currencies. But, the U.S. dollar became the coin of the realm. Indeed, even the government accounts became denominated in U.S. dollars in 2009. As a result of this spontaneous dollarization, along with the installation of a new national unity government, the economy rebounded and international trust in Zimbabwe began to be restored. 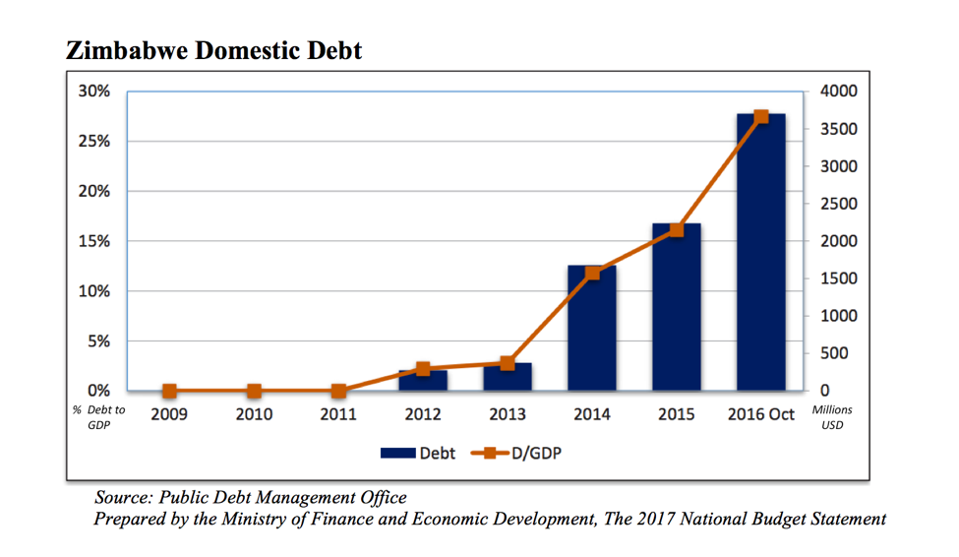 In conventional terms, the value of 1 USD is uniform throughout the world; however, Zimbabwe has pulled every trick in the book in an attempt to disprove that truth. For example, what the Zimbabwean government terms a U.S. “dollar” — a New Zim Dollar (NZD) — is in reality only worth 50% of a real dollar anywhere else in the world. So, how is this mischief possible?

T-bills are issued by the government to finance government deficits. These T-bills are unloaded onto local commercial banks that are “coerced” to buy them. It’s no surprise that bankers are anxious about the convertibility of these bonds into real USD at par. Indeed, the bonds maturing from 2019-2020 are already being traded at huge discounts of around 40%. And bankers are not the only ones who are concerned. In April 2017, economist and Zimbabwe Parliamentarian Eddie Cross stated, “This situation is of great concern, the market is discounting TBs by 30 to 40%…There is simply no way the Ministry of Finance or the RBZ [Reserve Bank of Zimbabwe] can redeem this paper or meet interest bills.” In fact, T-bills are currently being redeemed using the RTGS system; however, this policy appears unsustainable.

With commercial banks becoming increasingly fearful, and rightfully so, about the potential for T-bill default, banks have smartly preferred to hold onto physical USD, limiting weekly individual withdraws to only $100. Indeed, cash needed for daily transactions is as scarce as hens’ teeth. Also, with new accounting procedures under the IFRS 9 rules that will take effect on January 1, 2018, T-bills face further potential mark downs. These mark downs just might throw the entire banking system into insolvency (at least in terms of real USD). This would lead to further liquidity shortages and monetary contraction, resulting in a severe economic slump. In an effort to increase liquidity (read: increase money supply) the government has turned to the next two components of the NZD: bond notes and RTGS.

Electronic real time gross settlement transfers (RTGS) are the most common unit used in day-to-day transactions for individuals, accounting for approximately 78% of the total value of electronic and plastic transfers in 2016. Like the treasury bills, the RTGS “dollars” trade at a discount of 15-20% to real USD. The RBZ manages the balances in the RTGS system, but offshore RBZ accounts are seemingly no longer backing RTGS with real USD. The RTGS system has become overburdened, with incredibly long transfer times. Indeed, some transfers have even been reported to take up to two weeks. Not surprisingly, RTGS has not solved Zimbabwe’s liquidity problems. If anything, they have aggravated it.

The most recent attempt by the government to increase liquidity (the money supply, measured broadly) was the introduction of bond notes in November 2016 (see accompanying chart). Incidentally, in conversations I had with Dr. Kupukile Mlambo, Deputy Governor of the RBZ, in May of 2016, I strongly opposed the introduction of bond notes, indicating that they were inconsistent with orthodox dollarization and would result in a complete disaster.

Although bond coins existed on a small scale since December 2014, the introduction of bond notes was significant. These notes were “backed” by a $200m facility from the African Import Export Bank (Afreximbank) — a bank that some allege is unusually close to the Zimbabwean government. Among other things, it has still failed to publish official documents regarding the bond note facility. The uncertainty surrounding these bond notes has resulted in a black market for dollars, where the bond notes normally trade at discounts ranging from 5-15%. Not surprisingly, banks have attempted to remove these notes from their books, with bank officials reportedly engaging in black market deals for large cash sums at over 20% discounts! Bond Notes and Coins in Circulation (in Millions USD)

As for what the bonds might eventually be worth, it is prudent to assume that they will be defaulted on. In that case, and taking other African sovereign defaults as a guide, one is left to conclude that the bonds in default would fetch 5-18¢ on the dollar. So, bond notes, which are products of Zimbabwe’s monetary mischief, are in a death spiral that will witness further significant declines in value. In that event, discounts on other elements of the NZD would also realize massive discounts. The NZD would become worthless, and with that, inflation would raise its ugly head.

Zimbabwe has once again engaged in a fraud on the public, creating a monetary mess and hardship.