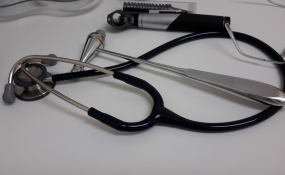 GOVERNMENT has deployed army doctors in central hospitals to avert a crisis caused by striking junior and senior doctors. Patients were being turned away since last week.Secretary for Health and Child Care Dr Gerald Gwinji said to mitigate the impact of the strike, hospital clinical directors were re-arranging and merging their departments while Government roped in professionals from the uniformed forces.

“When some people are not coming to work there is bound to be an impact on service delivery and because these cadres on strike are at the first level of care, the impact is even greater.

“Clinical directors are however, trying to re-arrange their departments to see how they can continue providing a service although it’s a bit more work on those available,” said Dr Gwinji.

“In some instances we deploy cadres from the uniformed forces to also help in reducing the pressure.”

Late last week, specialist doctors from the obstetric and gynaecology departments joined the strike citing a huge burden of care in the absence of their juniors. Government has since availed 250 posts for doctors and 2 000 for nurses and other professionals.

It also promised to work on the doctors’ other grievances while they were at work.

“We will continue engaging with them through various levels so that we get a clear understanding of the further impasse,” said Dr Gwinji.

He said in terms of the availed posts, Government had come up with a preliminary list of each hospital’s allocation. The doctors would be expected to make their choices for deployment.

Meanwhile, most referral patients are being turned away without any treatment as the few doctors are struggling to cope with pressure. The Herald caught up with a cervical cancer patient at Parirenyatwa Group of Hospitals, who came all the way from Silobela (Midlands Province), but failed to get attention because of the strike.

“We arrived last night after we were referred from a local clinic to this hospital. Since last night my aunt, who has cervical cancer, has not received any meaningful service,” said a relative who spoke on condition of anonymity.

“Last night she was made to have blood tests, which were taken at some place in the Avenues area, but when we returned with the results we were told that there was no doctor to assist us. We were told to wait until this morning.

“This morning the only gynaecologist who came only attended to one person and left saying he was overwhelmed. We were all asked to seek services elsewhere.”

The relative was considering going to Karanda Mission Hospital in Mt Darwin.

“You can see her condition. We cannot go back home with her. She is really sick. She must get medical attention.”

“We are only managing serious cases coming direct to the hospital. All referrals should be managed from where they are coming from because there is no one to manage them at central level. “We have also stopped all new admissions,” said an official from Harare Hospital who spoke on condition of anonymity.

An internal memo from United Bulawayo Hospitals showed it was also attending to emergency cases.

“Due to the ongoing strike by the junior doctors, we are finding it difficult to cope with the workload, therefore we have resolved to attend to dire and emergencies only,” reads the memo.

The junior doctors have vowed to continue with the strike until all their grievances are solved.