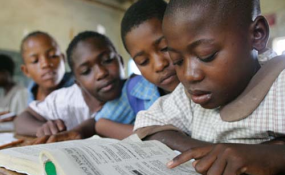 The High Court has issued a landmark ruling outlawing the beating of children at school and in homes.

Justice David Mangota held that parents and teachers must not lay their hands on children, even if they misbehave.

Recently, another High Court judge Justice Esther Muremba, ruled out canning of juveniles as judicial punishment, but the decision now awaits confirmation at the Constitutional Court.

Sections 3 to 7 of the Education Disciplinary Regulations 1985 contained in Statutory Instrument 362 of 1998, was also declared to be in violation of the Constitution. Justice Mangota will write a detailed judgment giving reasons for his decision.

However, the matter will be sent to the Constitutional Court for confirmation.

Constitutional law expert Mr Tendai Biti, filed the court application at the High Court in June last year on behalf of a parent whose child was being beaten by a teacher at Belvedere Primary School in Harare.

Mrs Linah Pfungwa, with the support of Justice for Children’s Trust, filed the court application arguing that corporal punishment was a form of violence and must be abolished.

Mrs Pfungwa indicated in her affidavit that her daughter who was in Grade One, was severely assaulted with a rubber pipe by her teacher identified as Mrs Chemhere.

The reason for the punishment, Mrs Pfungwa said, was that the girl’s reading book had not been signed by guardians as confirmation that she had done homework.

“My child suffered major bruises and I took photographs and pictures of the same. She had deep bruises on her back and she could hardly sleep properly.

Mrs Pfungwa and other family members approached the headmistress at Belvedere Primary School with the complaint and she undertook to investigate.

The woman’s lawyers even wrote to the Ministry of Education, Sport and Culture complaining before filing the court application.

She argued that that corporal punishment was inhuman.

“I believe corporal punishment is violence against children and I do not believe that children should be subjected to any form of violence.

“I further believe that corporal punishment is a physical abuse of children.

“It amounts to deliberately hurting a child, which causes injuries such as bruises, broken bones, burns or cuts..”

Mrs Pfungwa argued that corporal punishment in schools was dangerous because it was administered indiscriminately without any measure of control.

At home, Mrs Pfungwa said, she did not beat up her child.

“If my child misbehaves, I ground her by denying her access to television as well as denying her pocket money or other goodies like sweets and presents.

“If she does well, I reward her by presents or extra hours of watching television.

“My child is well-behaved and well-brought up simply as a result of the dialogue that I use as a means of discipline,” she said.