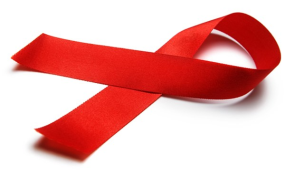 NEW HIV infections in Zimbabwe fell by 3,1 percent during the first three quarters of last year as patients embraced anti-retroviral drugs and adhered to prescriptions.

Analysts, however, said there was little reason to celebrate because people were still perishing from the pandemic, which has given scientists sleepless nights for decades.

Zimbabwe National Statistics Agency (ZimStat) data indicates that new HIV cases for the nine months to September 30, 2016 declined to 205 711, from 212 330 during the prior comparative period in 2015.

Despite the ground gained through awareness and prevention programmes, females were contracting AIDS at a faster pace than males.

Authorities and HIV and Aids campaigners have acknowledged that infections have been hitting females the hardest, but appear to be running out of ideas to address the crisis.

SAfAIDS, one of the biggest campaigners in the battle to eradicate Aids in Zimbabwe, said this week the country was fighting to reach a stage where it registers zero new infections in 13 years’ time.

“We are saying by 2030 we don’t want to see new infections,” said Tariro Makanga, head of media, marketing and public relations at SAfAIDS.

She said the availability of anti-retroviral drugs had resulted in improved viral loads, which in turn suppressed the pace at which the killer disease spread.

However, poverty stricken Zimbabweans that depend on State interventions for health services are still finding it difficult to access drugs.

But the devastation that Aids has caused, although declining, remains a cause for concern for many African governments.

Any single infection represents potential loss of another life, and the situation would remain like that until a cure is found.

ZimStat’s statistics indicated that new HIV infections were affecting people at the rate of about 760 per day in the first three quarters of last year.

The rate was about 780 per day in 2015, according to the data, which quotes figures from the Ministry of Health and Child Care.

“More people are on antiretroviral treatment now. Their chances of infecting the next person are almost nil. This is not just in Zimbabwe but in other countries as well. Every government is working towards addressing infections,” said Makanga.

She said ongoing awareness and prevention programmes in Zimbabwe had resulted in some districts recording no new infections of children at birth, even though their mothers would be HIV positive.

She said at workplaces, programmes implemented by some employers had resulted in better productivity by affected people as the rate of absenteeism from work had been reduced.

The statistics demonstrate the effectiveness of ongoing campaigns by government through the National Aids Council and several non-profit organisations that have been conducting awareness programmes in Zimbabwe to combat the pandemic that had until now been threatening to spread like an inferno.

Most of the people at risk are the productive ages who are the anchors of any economy.

The prevalence of HIV depends on regions, with mining towns and borders at more risk of new cases than other areas.

“There are certain pockets such as mining and border towns which are a cause for concern, even though broadly speaking, our statistics are showing that new cases are declining,” said activist Phyllis Sibanda.

The impact of HIV and Aids on the macroeconomic environment takes two dimensions, according to the Food and Agriculture Organisation (FAO), a United Nations agency.

These are the direct and indirect costs.

“The former refers to the cost of treatment associated with HIV related illness, which has serious implications for health care budgets. Those segments of the population that are poverty-stricken stand to lose the most as pressures on the health budgets increases resulting in higher medical costs. Indirect costs are more difficult to measure as they refer to loss of value of production, the loss of current wages, the loss of the present value of future earnings, training cost of new staff, high staff turn-over, cost of absenteeism, higher recruitment costs, the drainage of savings, amongst others,” said FAO.

“The repercussions of HIV/Aids is felt most acutely at the household level, with the burden weighing most heavily on the poorest households, those with the fewest resources with which to cushion the economic impact. This burden readily translates into an overall cost on national development and the macro economies of individual countries, a situation aggravated by the fact that the portion of the population most affected by HIV and Aids is the most economically active,” said FAO.

onfirmed cases of coronavirus in Zimbabwe have risen to five, the Ministry of Health has …