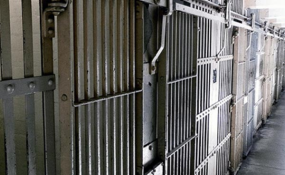 A housemaid who stabbed a gardener in the heart after he tried to rape her at a house in Chisipite, Harare, was yesterday sentenced to an effective one-and-a-half years in prison. Benhildah Dandajena (31), who was facing culpable homicide charges, told the court that she acted in self- defence. Harare magistrate Ms Bianca Makwande sentenced Dandajena to three years in prison, but suspended a year-and-a-half for five years on condition of good behaviour.

In passing sentence, Ms Makwande said a life was lost due to Dandajena’s negligence.

“Your self-defence was excessive since the deceased was not armed. You could have averted the danger by calling for help,” she said.

“You stabbed the deceased on his vital organ of the body which shows force. His family moved to the village because of his death and his wife was pregnant at that time.”

In mitigation, Dandajena pleaded for lenience saying she was married and had two minor children. She said she committed the offence due to emotional state of the threat of rape.

Prosecuting, Ms Ressy Nyamombe told the court that Dandajena and Chimuchenga (31) were employed at the same house. On February 4, 2016 at around 7am Chimuchenga and Dandajena reported for work at No. 18 Courteney Road in Chisipite, Harare.

At around 10am, Dandajena was ironing in the main house while Chimuchenga was cleaning the windows.

Chimuchenga approached Dandajena demanding sex, but she turned him down.

He tried to force her but he was overpowered and left.

At around 4pm, Dandajena was in the kitchen when Chimuchenga entered the room and grabbed her demanding to be intimate again. Dandajena pushed him away and picked up a bottle of olive oil which she threw at him.

The bottle missed him and hit the wall. Chimuchenga continued to advance and Dandajena took a 20,5 centimetre kitchen knife, weighing 219 grammes, which was on the sink.

She tried to ward off Chimuchenga using the knife but he continued to advance towards her. Dandajena stabbed him once on the left side of his chest and he ran out of the kitchen for 26 metres before falling down. A report was made at Highlands Police Station. When police attended the crime scene, Chimuchenga was already dead.

He had a deep cut on the left side of his chest. The knife and broken bottle were recovered as exhibits. A post-mortem conducted at Parirenyatwa Group of Hospitals mortuary concluded that the cause of death was hyporolemic shock, haemoperi cardium and left ventricle injury.

THREE armed soldiers Friday forced their way into a family home in Highfields, Harare and …