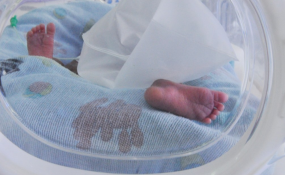 Kadoma — Studies have revealed high traces of mercury metal in women’s breast milk and fish in the gold mining areas of Kadoma and Chakari, exposing to risk the lives of children and people in surrounding communities.

People have been found to shake uncontrollably as a result of the neurological effects.

The recent study is a microcosmic view of the health status of people in the gold mining sector, where an estimated 1,5 million people depend on artisanal mining for survival.

Studies conducted by Government and a non-governmental organisation showed that gold stamping mills formed the epicentre of mercury pollution, which is said to spread within a five-kilometre radius — contaminating the environment, humans and animals.

In his address at the Mashonaland West Minamata Convention initial assessment project launch in Kadoma, Minister of State Cde Faber Chidarikire expressed concern at the high levels of mercury contamination in the province.

“Ladies and gentlemen, studies reveal that 70 percent of the miners involved with amalgam burning were poisoned with mercury while women and children, some of them not working directly with mercury, were also found to be poisoned with elevated mercury levels in their bodies,” said Cde Chidarikire.

“High levels of mercury were found in breast milk (in women) in the Kadoma/Chakari area, which unduly exposes breast feeding infants.”

The studies also showed that a large number of children of school going age and women of child bearing age were already affected as they had high levels of mercury in their bodies.

An estimated 50 tonnes of mercury are reportedly used every year by small-scale artisanal miners and mining companies in gold processing.

A further 150 tonnes reportedly come into the country illegally and is used by artisanal miners.

The highest levels of mercury were found in the air, sediments and soils.

Of major concern was the elevated mercury levels in fish found in rivers draining from stamp mills.

Fish from Claw Dam, which supplies Kadoma town and Patchway, was found to have high levels of mercury.

The heavy metal bio accumulates in the food chain, putting at risk the health of people who consume the fish.

“As recorded in the studies, elevated mercury levels were recorded in fish in rivers draining milling centre ‘hot spots’ with some carnivorous fish recording up to four times mercury concentration in their muscles,” said Cde Chidarikire.

He said the project was Government’s way of taking steps to address the challenge of mercury use and pave the way for ratification of the Minamata Convention.

Studies on the environmental and human health assessments established that 69 percent of children working with mercury and 33 percent not working with the metal had chronic mercury intoxication.

The Mercury Initial Assessment project seeks to raise awareness on the dangers of mercury use and improper handling and come up with an inventory.

A small-scale miners representative, Mr Evans Ruzvidzo, called for the adoption of non-mercury gold separation methods like the use of Borax.

“We have carried out studies and demonstrations which show that you stand to get more using the Borax gold extraction method,” he said.

Mercury can also be found in products such as dental amalgam, electrical applications such as switches, fluorescent lamps, laboratory and medical instruments.