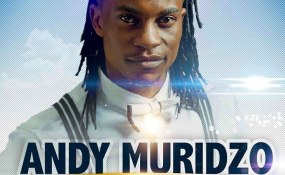 Andy Muridzo became a household name with his second album “Ngarizhambe” that had instant hits.

The young musician who has been labelled a Jah Prayzah “copycat” managed to get his own fans through the album and other singles he released.

“We have done our groundwork and all is set for the big day. All artistes on MTM movement will be coming on board,” he said.

The venue owner Edward Mutukwa said Muridzo has promised to bring his upcoming album to the show.

“Muridzo has been loyal to his fans in Westlea and the coming show becomes a special gig for them because he is sampling songs from his much awaited album,” he said.

Mutukwa said he was happy with how the young musician has managed to convince the nation that he is star and is hopeful that his upcoming album will make a mark.