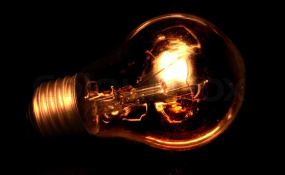 A POWER deal between Zimbabwe and South Africa could not sail through this week after it emerged that an inter-ministerial Memorandum of Understanding (MoU) that was meant to be signed on Monday had not been vetted by the Attorney-General (AG).

The Financial Gazette can reveal that Energy and Power Development Minister, Samuel Undenge, was meant to seal the MoU in which Zimbabwe was to agree to purchase close to 600MW of excess power daily from Eskom, one of Africa’s biggest power producers, for the next five to 10 years.

The MoU was hurriedly put together over the weekend in Harare and was expected to be signed on Monday at Undenge’s offices.

South Africa’s Energy Minister Tina Joemat-Pettersson was represented by the country’s top diplomat in the country, Mphakama Mbete, as well as officials from the Ministry and Eskom.

Undenge was accompanied by Partson Mbiriri, the secretary for the Ministry of Energy and Power Development, while ZESA’s chief executive officer, Josh Chifamba and other senior officials represented the power utility.

Matshela Koko, who replaced Brain Molefe in December last year at the helm of Eskom, led the delegation from the South African power utility.

Undenge is said to have been advised by ZESA officials and government technocrats to postpone the signing of the power supply deal in order to seek legal advice from the AG.

He had hoped to announce the deal soon after a closed door meeting with senior officials from the South African government and ZESA and Eskom officials, but failed to do so after conferring with the officials.

It was not immediately clear if Undenge had consulted the technocrats and ZESA representatives prior to the meeting or not, but sources said the development later turned into an embarrassment for the Zimbabwe government as it clearly showed they had not prepared sufficiently for the engagement.

Well-placed sources who attended the meeting on Monday told the Financial Gazette that Undenge, who along with Mbiriri could not respond to questions sent to their mobile phones, had prepared to sign the deal, but was advised against the move by senior government officials, who said he should first seek legal advice from the AG’s office.

“The Minister was ready to sign the MoU but was told not to because the AG, who has the legal oversight over government contracts, had not been consulted,” one source who spoke to the Financial Gazette on condition of anonymity, said, adding that “eventually the document was put aside”.

After the meeting, Undenge and Mbete refused to give details of their discussions, despite an invitation to the press to witness the occasion.

Undenge said: “It’s a commercial arrangement. There are various modalities that we are discussing.”

Mbete said: “We are hoping out of this (engagement) there will be stronger consolidated bilateral energy collaborations which will strengthen our economies on a long term basis.”

The Financial Gazette has it on good authority that an inter utilities MoU, which was also hurriedly put together at the weekend in Harare, was signed by ZESA and Eskom, paving way for further discussions on the power deal.

This, however, is dependent on Zimbabwe’s commitment to guarantee the deal.

ZESA already has a power purchase agreement with Eskom which is coming to an end.

Under this agreement, ZESA was initially supposed to prepay for electricity imports from Eskom, which has a generation surplus of more than 5 000MW of electricity.

However, due to foreign payment gridlock, ZESA failed to pay for the electricity in advance, resulting in the pre-payment arrangement being relaxed.

The South African power utility received a guarantee from the Government of Zimbabwe for this arrangement.

Now, because it has a lot of surplus power on its grid, South Africa is vigorously pushing President Robert Mugabe’s administration to purchase most of this, despite Zimbabwe owing South Africa about US$40 million for power supplies.

According to well placed sources, Koko had told Undenge and his delegation that Eskom had excess power capacity of between 5 000MW and 6 000MW at any given time for the next five to 10 years. This, he indicated, was the reason they were “engaging ZESA to buy more electricity from us”.

A government official said: “Surely, this is a pressing issue on the part of Eskom. They don’t know what to do with the excess power, something which is giving them headache. They know Zimbabwe owes them huge amounts in outstanding electricity payments, but they know that if they tie down Zimbabwe, they will be paid in United States dollars. Surely, relying on imports will not do well on the national electricity security,” said one analyst who declined to be named.

Last week, Eskom was paid about US$7 million for power supplies, leaving the debt at about US$40 million.

Zimbabwe is facing an acute shortage of foreign currency. As a result it is struggling to service its electricity debts.

Under the terms of the proposed deal, Zimbabwe was expected to buy electricity at a much lower rate than the US$0,13 per kilowatt hour (kWh) Eskom is currently charging for 300MW it is supplying to Zimbabwe.

This would also save ZESA from procuring expensive power from the Dema Diesel Power Plant, an independent power producer owned by Sakunda Holdings.

ZESA is procuring about 100MW of electricity from Dema at US$0,15 per kWh.

The power utility might also be forced to close some or all of its small thermal power stations, where there is limited production because of obsolete equipment which frequently breaks down.

Zimbabwe is currently grappling with power shortages. It requires about 1 600MW of electricity at peak periods but is unable to meet demand as its five power stations at Hwange, Kariba, Harare, Munyati and Bulawayo generate less than 1 000MW due to serious operational constraints. To cover for the shortfall, the country is importing electricity from regional power utilities.

Apart from Eskom, Zimbabwe is importing about 50MW of electricity from Mozambique’s Hydro Cahora Bassa.

Zimbabwe is also working on a number of projects.

These include the expansion of Kariba South Power Station by 300MW and the extension of the country’s largest coal-fired power plant, Hwange Power Station, by 600MW.

Share
Previous BREAKING NEWS: The long-serving President of the Confederation of African Football (CAF), Issa Hayatou has been defeated by Ahmad Ahmad of Madagascar in CAF elections held in Ethiopia’s Addis Ababa.
Next Zimbabwe: HIV Infections Decline By 3,1 Percent