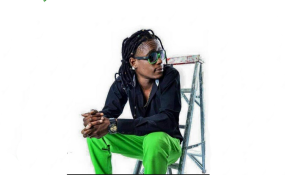 A family show that was held at Warren Park’s Hilltop on Sunday gave revellers a mixed bag when two musicians Soul Jah L0ve and Alick Macheso gave their best at this well attended show.

The show provided an answer to thousands of music lovers who heard rumours that dancehall chanter Soul Jah Love had his leg amputated recently due to diabetes.

The “Ndini Uya Uya” hit-maker came on stage with his outfit, Conquering Family, much to the delight of the revellers, belting out his songs.

For more than an hour the musician was energetic, proving to his fans that he was still on the track.

The musician is suffering from diabetic foot ulcer and recently he was healed by Prophet Walter Magaya.

The musician was tense when asked about his condition.

He said he would continue with live performances.

Meanwhile, sungura ace Macheso who also performed at the event left his fans half satisfied after he failed to play the guitar because of his injured fore finger.

He struggled throughout the show to play his guitar while efforts from music promoter Wanisai Mutandwa to give him medication were futile.

Macheso said he had been struggling to perform since Friday.

“All my weekend shows were bad and I feel sorry for people who paid their money. I hope that my next shows won’t be affected again since I will visit the doctor tomorrow,” he said.

The “Madhawu” singer is one of the musicians who is known for giving fans real value for the money and usually end family shows well after midnight.

By Godwin Muzari Entertainment Editor Filmmakers are boasting about their productions going on international platforms, …