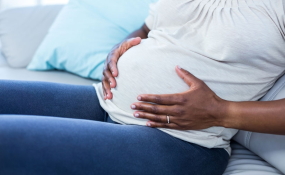 That’s the controversial suggestion from a group of legislators from Zimbabwe’s upper house – and it’s got some commentators very upset.

According to the Hansard, which provides a transcript of Zimbabwe’s parliamentary debates, senators earlier this month moved a motion calling for the Zimbabwe government to promote large families and get NGOs that have been pushing for birth control to instead “promote family growth”.

Senator Monica Mutsvangwa of the ruling Zanu-PF party claimed that when she attempted to persuade investors in China to consider Zimbabwe: “The moment you tell them we are about 14 million they will all look around and say ah, I do not know how I can continue.”

Mike Musaka said: “Which investor would come to Zimbabwe to invest seriously for 14 million people?” He said that the money NGOs were spending on promoting birth control should instead be used to support families and pay for schooling for children.

One of the suggestions is that incentives should be given to families to have “a minimum of eight children”, according to the Hansard. Zimbabwe’s population growth rate was last measured at just 1.1% in 2012, the state-owned Chronicle newspaper reported Saturday.

Reaction to the senators’ call (which came from both sides of the political divide) was swift and mostly angry.

“How do you propose those big families would be supported… from what jobs? In which economy?” wrote ‘mpengo’ on the paper’s website.

“We are being led by mad men,” commented @keddah83.

But @_Dingz said: “Their argument makes sense just poorly executed, we are underpopulated & that is fact. But we also can’t afford many kids too; catch22.”