Tich Mataz in the Dock 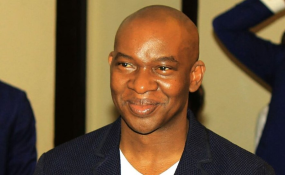 Veteran radio personality Tichafa Augustine Matambanadzo, also known as Tich Mataz, yesterday appeared in court accused of trying to smuggle clothes and shoes from China into Zimbabwe. According to court papers, Matambanadzo is the director of ZiFM radio station.

Matambanadzo, who was represented by his lawyer Mr Godfrey Makwaye, was remanded to February 27 on $100 bail. As part of his bail conditions, Matambanadzo was ordered to surrender his passport.

The prosecutor Mrs Francesca Mukumbiri alleged that on January 7 this year, Matambanadzo arrived at Harare International Airport on board Kenya Airways from China. After picking his boxes from the carousel, he allegedly went through the green route used by those with nothing to declare.

It is alleged that he was stopped by Zimbabwe Revenue Authority official Patrick Mukanganwi, who asked him to go through the red route for inspection of his goods. The court heard that Matambanadzo was handed over to Patrick Mhanda who was manning cubicle No.3 of the red route.

Matambanadzo was asked to complete a declaration form and he complied. It is alleged that Mhanda went through Matambanadzo’s stuff and noticed that he had several suits, shirts, track bottoms and shoes.

Mhanda worked duty for the clothes and said Matambanadzo was supposed to pay $538,75. It is alleged that Mhanda went into the next cubicle to capture the information into the system, but Matambanadzo took the opportunity to disappear. The court heard that by so doing, Matambanadzo deprived Zimra of revenue amounting to $538,75.