Zimbabwe: Zim Should Take a Leaf From America On Sellouts 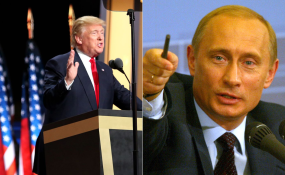 Zanu-PF should take a leaf from the way the Americans are treating the case of Attorney-General, Mr Jeff Sessions, who is under fire for clandestinely meeting with the Russian ambassador, whose country the US accuses of seeking to influence last year’s elections, political analysts have said. Russia has scoffed at the US claims with analysts rapping Washington for hypocrisy, saying the US always interferes in elections in developing world countries that do not toe the US line.

Analysts said the way zanu-pf treated the WikiLeaks disclosures, where several senior officials were exposed for having hobnobbed with US diplomats and badmouthing President Mugabe, was not deterrent.

The WikiLeaks cables released by whistleblower Mr Julian Assange in 2010 exposed several senior Government and zanu-pf officials of having clandestinely met with American diplomats and intelligence officers with some of them openly supporting America’s wish to remove President Mugabe out of office.

Political analysts said such clandestine meetings were a security threat that zanu-pf should not have countenanced.

“When you have exchange of notes by operatives of a ruling party at individual level, especially talking to countries that are known for being antagonistic to their country and party, it becomes a security threat,” said Mr Alexander Rusero.

“In fact, it would be proper to place such culprits under the terrorist radar because they are not expected to dine with their country and party’s enemy.

“So this is a case that can be treated as espionage because obviously in those meetings they will be revealing some secretive details.”

He said the problem with zanu-pf was that relationships within the party started during the liberation struggle and sometimes culprits are treated with kid glove and that compromise national interests.

“My suspicion is that Donald Trump as a pragmatist is opening up to Russia and China because he is a serious businessman, so the Attorney-General, being from Trump’s administration, could have done what his party believes in.

“But in our case, where we had people clandestinely meeting with these diplomats to sell out is different.

“We have evidence of people who were doing that, some of whom are no longer in the party.

“The ideological position still stands that people who sell out will not be accepted.”

Another political and media analyst, Mr Elton Ziki, said hobnobbing with envoys from hostile countries was clear testimony of how some people were ready to sell out.

“When those clandestine meetings happen, it compromises the standing of the establishment, especially with foreign powers that are clearly known of being against Zimbabwe.

“Those people who were meeting with these diplomats were very much aware that US is the same country that imposed sanctions on our country, but they still found reason to meet them clandestinely.

“This obviously raises concerns on security interests of the country. It is therefore important that zanu-pf treats this matter with the seriousness that it deserves,” said Mr Ziki.

Efforts to get a comment from zanu-pf secretary for administration, Cde Ignatius Chombo were fruitless.