Zimbawean activist and pastor, who rose to fame after organising the #ThisFlag protests against the Mugabe government, has lost his bid to become a councilor in the capital, Harare.

Evan Mawarire, who was charged with treason for leading protests against the government’s failure to revive the economy and fight corruption in 2016, congratulated his rival, Jacob Mafume of the Movement for Democratic Change Alliance.

‘‘With much respect & admiration I congratulate Jacob Mafume of the MDC Alliance on his win of the Mt Pleasant ward 17 council seat,’‘ Mawarire tweeted. 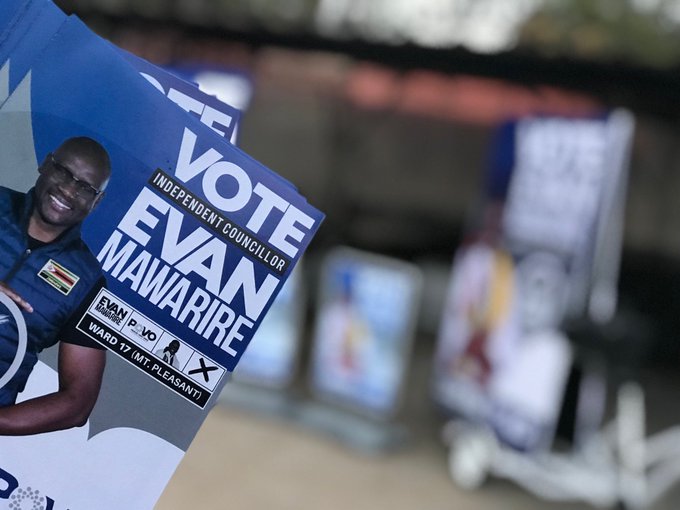 With much respect & admiration I congratulate Jacob Mafume ⁦@JMafume⁩ of the MDC Alliance on his win of the Mt Pleasant ward 17 council seat. You ran well my friend and I wish you the best as you serve the people of Mt Pleasant & the city of Harare.

Most of his followers applauded his courage and urged him to maintain an apolitical citizen movement that would hold the government accountable for service delivery.

Great maturity nuff respect Pst E. Please consider re-energising the citizens movement. It is important that we have a non political voice as a people.

Congratulations Pastor Evan, you started a movement that reignited the passion for Zimbabwe. I believe this is only the beginning, i am sure you will get an opportunity to serve your nation that you love so passionately.

Zimbabwe’s electoral commission said on Tuesday there was no rigging or cheating in the first national election since the end of Robert Mugabe’s nearly four decade rule.

ZEC chair Priscilla Chigumba told reporters in Harare that vote counting was complete in most provinces and the first results would be announced from 3 p.m. (1300).

As well as electing a president, Zimbabweans were voting for 210 members of parliament and more than 9,000 councillors. Final results are due by Aug. 4.