President Robert Mugabe and his wife Grace attend a rally of his ruling ZANU (PF) in Chinhoyi, Zimbabwe, July 29, 2017. REUTERS/Philimon Bulawayo TPX IMAGES OF THE DAY 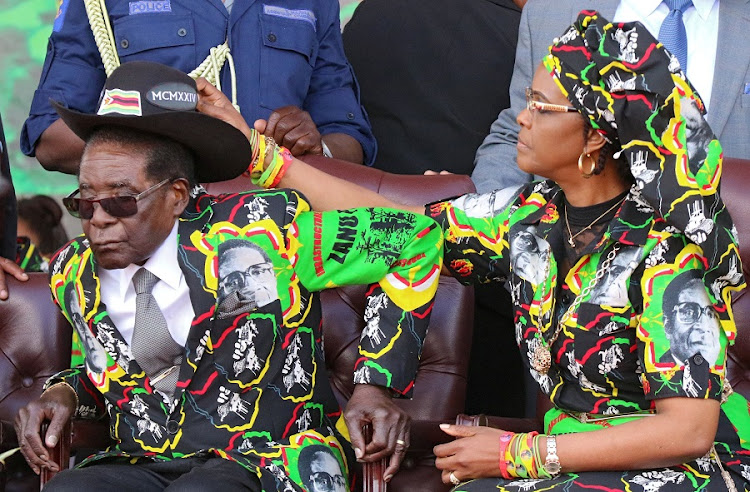 Harare — Zimbabwe police detained a US citizen and seized her laptop on Friday on suspicion of calling President Robert Mugabe a “goblin” on Twitter, the first arrest since the creation of a Ministry of Cyber Security last month, her lawyers said.

Martha O’Donovan, who works for Magamba TV, which describes itself as Zimbabwe’s leading producer of political satire, was picked up during a dawn raid on her Harare home, Zimbabwe Lawyers for Human Rights said in a statement.

The police were armed with a search warrant linked to an investigation of a case of “undermining authority of or insulting the President”. Central to their investigation, it said, was a post on O’Donovan’s Twitter feed referring to a “goblin” whose wife and step-sons had imported a Rolls-Royce, an apparent reference to 93-year-old Mugabe, even though he was not named.

O’Donovan’s Twitter account was locked on Friday but a photograph on her home page referred to #ShutdownZimbabwe2016, a series of protests last year that rattled Mugabe’s government and elicited a fierce crackdown on the streets and online.

Police spokeswoman Charity Charamba said she had no immediate information about the case. The US embassy in Harare confirmed that an American citizen had been arrested and said it was monitoring the situation closely.

If convicted, O’Donovan faces a maximum of one year in jail, her lawyer said.

Share
Previous Zimbabweans: How did we sink so low?
Next Zimbabwe: Grace ‘Wants Mugabe’s VP Mnangagwa Gone Before Extraordinary Congress’ in December